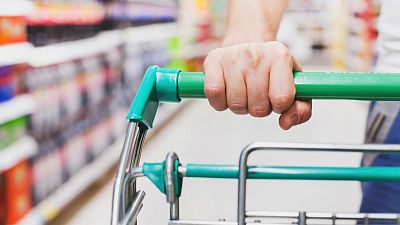 Is there anything governments can do about inflation and the cost of living crisis?   -   Copyright  Canva
By Euronews and Reuters  •  Updated: 09/08/2022

Pandemic-related disruption to global supply chains and the knock-on effects of Russia's war in Ukraine are combining to push prices of energy, commodities, and basic items higher around the world.

While slow and stable levels of inflation are actually good for the running of a healthy economy, higher levels can be devastating.

In the UK, the rate of inflation hit 9.4 per cent in June, its highest level since 1982. The eurozone isn't faring much better with inflation in July hitting a record high of 8.9 per cent, up from 8.6 per cent in the previous month.

Slowing and stopping the rise - and reversing the squeeze on daily expenses - is no easy feat. In order to lower the rate of inflation, people need to spend less on goods and services which in turn lowers prices. Banks are helping to do this by raising interest rates.

But what actions are being taken by governments to combat inflation and offer relief to hard-hit consumers and companies alike?

This is what some of the world's biggest economies are doing to reduce the impact of the current cost of living crisis:

Germany plans to introduce a gas price levy on all consumers from October 1. The government in July announced a €15 billion state bailout of Uniper, the country's largest importer of Russian gas. It had also introduced a tax cut on petrol and diesel while slashing public transport costs.

On August 4, Italy approved an aid package worth about €17 billion. The legislation aims to cut electricity and gas bills and adds to about €35 billion already spent since January to soften the impact of power, gas, and petrol costs.

In July, Poland introduced the so-called "payment holidays" relief scheme for individuals holding mortgages in Polish zlotys, allowing them to skip payments for eight months over a two-year period.

On August 7, the US Senate approved the Inflation Reduction Act, a $430 billion (€422 billion) plan that among other things lowers the cost of prescription drugs, raises some corporate taxes and introduces consumer tax credit measures to encourage energy efficiency.

In May, India imposed restrictions on exports of food items including wheat and sugar, which account for nearly 40 per cent of the consumer price index, and cut taxes on imports of edible oil.

Japan deployed a $103 billion (€101 billion) relief package in April to cushion the economic blow from rising raw material costs, which consisted of subsidies to curb gasoline prices and cash payouts to low-income households with children.

Japanese prime minister Fumio Kishida has now signalled that there may be additional steps if rises in living costs persist.

Turkey in particular has endured months of economic turmoil and hardship with inflation hitting a 24-year high in July at 79.6 per cent, according to the Turkish Statistical Institute's latest data. To help this, the Turkish government in early July increased its minimum wage by about 30 per cent, adding to the 50 per cent rise seen at the end of last year.