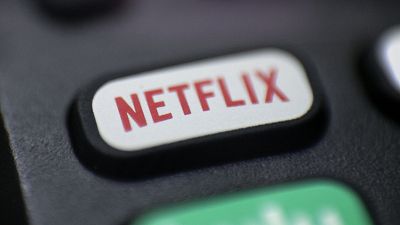 Netflix has selected Microsoft as a technology and sales partner for its planned ad-supported subscription offering, as the streaming giant looks to plug slowing subscriber growth by rolling out a cheaper plan.

The streaming platform said in April that it would introduce a new, lower-priced version of its service in a bid to attract more subscribers. At the moment, the cheapest subscription for a basic Netflix account is €8.99.

Wednesday's announcement came as the pioneering subscription service posted its first subscriber loss in more than a decade, and projected deeper losses to come. Netflix lost 200,000 customers worldwide in the first quarter compared to the end of 2021.

Chief Operating Officer Greg Peters said in a blog post that Netflix chose Microsoft because of its ability to innovate, as well as for its strong privacy protections.

“It’s very early days and we have much to work through. But our long-term goal is clear. More choice for consumers and a premium, better-than-linear TV brand experience for advertisers," Peters said.

Microsoft President Brad Smith has served on Netflix's board since 2015.

The partnership announcement comes ahead of Netflix’s second-quarter earnings report on Tuesday.

The company cautioned investors it could lose as many as 2 million subscribers in the period, despite the return of such popular series as “Stranger Things,” which broke viewer records.

Disney also plans to introduce a version of Disney+ with commercials.

“The time is ripe for traditionally subscription-based streaming services like Netflix to consider launching an ad-supported tier to enhance their growth trajectory,” Comscore's James Muldrow said in a statement.