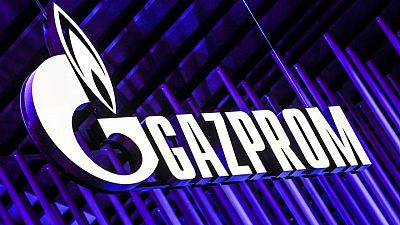 <div> <p><span class="caps">VIENNA</span> -Austria is following through on a “use it or lose it” threat to eject Russia’s Gazprom from its large Haidach gas storage facility for systematically failing to fill its portion of the capacity there, the government said on Wednesday.</p> <p>Austria obtains around 80% of its gas from Russia but since the war in Ukraine it has accused Moscow of weaponising that supply and has been seeking alternatives. Fearing that Russia will cut it off, it is racing to fill its gas storage facilities, which are at just under half their capacity.</p> <p>Since Gazprom has not been filling its portion of the Haidach facility near Salzburg, the conservative-led government told the Russian firm in May that if it did not use its storage there the capacity would be handed over to others. Legislation making that possible came into force on July 1.</p> <p>“If customers do not store (gas) then the capacity must be handed over to others,” energy minister Leonore Gewessler told a news conference. “It is critical infrastructure. We need it now in such a crisis. That is exactly what is happening now in the case of Gazprom and its storage at Haidach.”</p> <p>He added that gas regulator E-Control had started the process of ejecting Gazprom. Chancellor Karl Nehammer said the storage would be made available to other energy companies and Austria would use it as well.</p> <p>The Netherlands is facing a similar situation at a facility in Bergermeer, one of Europe’s largest commercial gas storage sites. Gazprom has not made use of its rights to fill 40% of Bergermeer, which has capacity of 4.1 billion cubic meters.</p> <p>The Dutch government has said at least part of Gazprom’s share in the facility will be filled this year under a “use it or lose it” clause, though to date the facility is only 38% full.</p> <p>Haidach has a capacity of about 2.9 billion cubic metres, of which Gazprom has rights to two-thirds.</p> <p>The Russian company has not made use of either facility for months.</p> </div>