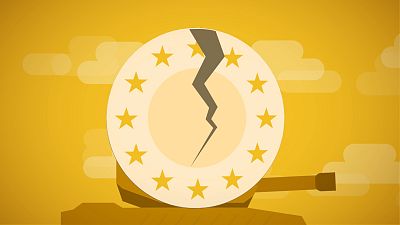 The European Commission’s Winter 2022 Economic Forecast came out on 10 February, just two weeks before Russia invaded Ukraine. At that point, the economy was on a path of recovery and growth coming out of the pandemic.

In the European Commission’s Spring 2022 Economic Forecast on 16 May, these figures have been dramatically revised.

What are the main factors affecting the economy?

The war has exacerbated existing economic problems such as rising energy prices and supply chain disruption.

The main negative factor is the surge in energy prices, due to Europe’s dependency on Russian energy. This is driving inflation to record highs and putting a strain on European businesses and households.

Ukraine and Russia produce almost a third of the world's wheat and barley and are major exporters of metals. Disruptions to these supply chains as well as rising costs for many raw materials have pushed up the cost of food and other basic goods & services.

What is the outlook for Europe’s economy?

As long as Russia’s war in Ukraine continues, uncertainty and risks to the outlook will remain high. While growth will continue this year and next, it will be much more subdued than previously expected.

What funding do EU countries get to help Ukrainian refugees?

Macro-financial assistance is 30 years old - what does it do?