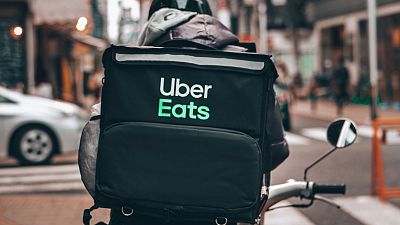 Uber Eats launched two autonomous delivery pilots in Los Angeles on Monday that will deliver food without the need for human drivers.

According to a report by TechCrunch, the food delivery company is working with two US startups, Motional and Serve Robotics, to launch the pilot.

Serve Robotics, a company spun out of Uber itself, makes delivery robots that can navigate pavements.

Limited trials will be introduced at first, with deliveries from a select few merchants, including the Kreation Organic Juicery.

Deliveries made by Serve Robotics will be confined only to short routes around the West Hollywood area of the city, whereas Motional will be in charge of longer delivery routes in Santa Monica.

Humans at drop off locations

"We'll be able to learn from both of those pilots what customers actually want, what merchants actually want, and what makes sense for delivery," a spokesperson told TechCrunch.

Human operators will take control near drop-off locations "to ensure a convenient and seamless experience for customers," a spokesperson from Uber Eats said.

Uber will include the cost of food while charging customers for deliveries from both its partners.

However, autonomous vehicle deliveries in California require a permit that Motional reportedly doesn't possess, so it appears that customers won't be charged for deliveries from their vehicles, for now.

The company is known for using automation and innovative technology in their services, with expansion of automated delivery their likely next step.

How will this impact workers’ rights?

"Uber Eats couriers across the globe face poverty pay and abysmal working conditions, in the UK lacking basic rights such as holiday pay and pensions,” Alex Marshall, President of the Independent Workers Union of Great Britain, told Euronews Next.

“It is not surprising to see Uber Eats invest millions of dollars in automated delivery robots, given that it fails to treat its workers as human beings".

Uber confirmed the pilot launches to Euronews Next but stressed their limited scope - for now.

"Because these pilots will initially be small, we do not anticipate discernible impacts to the marketplace or courier earnings, but we will be actively monitoring relevant metrics," a company spokesperson said.

"These are small pilots of developmental technology. Looking forward, adding autonomous technology to our network can help to increase network density and the reliability of our platform and bring more merchants and consumers to Uber".

Long-awaited draft legislation by the European Commission was published last year, ordering that the process of confirming employment status should to shift to companies, rather than burdening individuals that work for them.

“It is not surprising to see Uber Eats invest millions of dollars in automated delivery robots, given that it fails to treat its workers as human beings".

Before then, gig economy workers like workers for Uber Eats had to go to court to prove they were employees, or risk being denied basic rights.

"AI and adoption of new technologies, in general, has an impact on how work is done as some tasks can be [fully] automated," Camilla Lenzi, an associate professor of urban economy from Politecnico di Milano working on an EU-funded project that investigates how technology influences labour markets in Europe, told Euronews Next.

"Will AI kill or promote the gig economy, will it steal or create jobs from delivery workers for instance? It’s too early to say - this is a new technology which has not disclosed its full potential yet".

"What we see in our research so far is that in the EU new technologies have not fully replaced jobs. Many skilled jobs can be under threat while low skilled [labour] can expand".