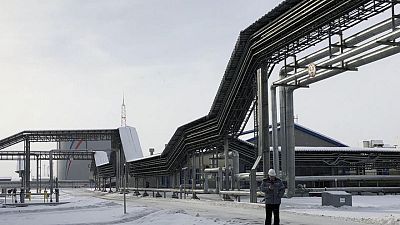 PRAGUE – The Czech Republic is ready to raise its stake in a key pipeline and invest to increase its capacity and bring an end to the country’s partial dependence on Russian oil, Industry and Trade Minister Jozef Sikela said on Friday.

The TAL pipeline carries oil from the Italian port of Trieste to Austria and Germany, from which another pipeline links it to the Czech Republic.

Czech refineries, owned by PKN Orlen now take about half their crude oil through TAL, and the rest through the Druzhba pipeline from Russia.

The Czech government holds a stake of 5% in TAL, which is also owned by major European and other oil companies.

“We are ready to invest more than our proportionate part,” Sikela said in a briefing shown online. “We are also prepared to raise our stake, because one of the things we are seeking is to get almost all the extra capacity.”

Negotiations were being held “non-stop”, he added.

Partial dependence on Russian oil has prompted the Czech government to seek a temporary exemption from a European Union ban on such imports that is being discussed as part of sanctions on Russia for its invasion of Ukraine.

The European Commission proposed on Friday to exempt the Czech Republic from the ban until mid-2024.

Sikela said TAL could now raise capacity slightly by pumping more oil, but a larger expansion project to install more powerful turbines was needed. That could be completed by the end of 2024 if other shareholders agreed.

Sikela said the government also sought to secure capacity in liquefied natural gas (LNG) terminals in countries such as the Netherlands, in addition to Germany and Poland. The Czech Republic takes nearly 100% of its natural gas from Russia.