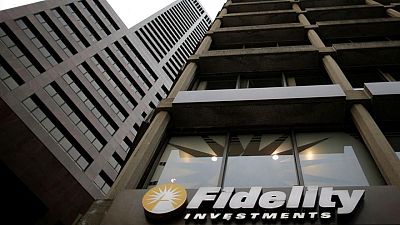 -Fidelity Investments said on Tuesday it will allow individuals to allocate part of their retirement savings in bitcoin through their 401(k) investment plans, becoming the first major retirement plan provider to do so.

The family controlled asset manager said MicroStrategy Inc, a major bitcoin corporate backer, will be the first employer to use the new product, which will be made available to other employers by the middle of the year.

Through the new offering, employees will be able to invest in bitcoin through a Digital Assets Account (DAA) within the core lineup of their 401(k) plans, Fidelity said.

Fidelity also said that Newfront, a retirement consulting services provider, has indicated that the DAA will help address a growing need among their client base.

Plan sponsors will be able to decide on employee contribution in the DAA and set limits on exchanging such contribution to bitcoin, Fidelity said, adding that additional updates on the new offering will be made available in the coming months.

Dave Gray, head of workplace retirement offerings and platforms at Fidelity, said the plan will initially be limited to bitcoin, but expects other digital assets to be made available in the future, according to a report by the Wall Street Journal, which was the first to report the news. (https://on.wsj.com/3kiKHlq)

The development comes after U.S. President Joe Biden signed an executive order in March requiring the government to assess the risks and benefits of creating a central bank digital dollar, as well as other cryptocurrency issues.