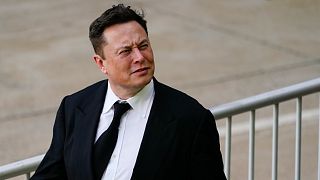 Billionaire Elon Musk will not be joining Twitter's board of directors after all, the company's CEO Parag Agrawal said on Monday.

The announcement came as a surprise after Musk, the CEO of Tesla and SpaceX, said he would be joining the board following his purchase of a 9.2 per cent stake that made him the platform's biggest shareholder.

"Elon has decided not to join our board," Agrawal tweeted on Monday.

In his tweet, Agrawal included a note he sent to the company that said the appointment was subject to a background check and that Musk would have to be loyal to the best interests of the company.

"Elon’s appointment to the board was to become officially effective 4/9, but Elon shared that same morning that he will no longer be joining the board," the note read.

"I believe this is for the best. We have and will always value input from our shareholders whether they are on our Board or not. Elon is our biggest shareholder and we will remain open to his input."

Ever since his stake in Twitter was made public last week, Musk had been tweeting his ideas for the platform, including an "edit" feature that the company since confirmed it was working on.

Musk is a prolific Twitter user with more than 81 million followers, and his tweets often move markets - even as it can be tricky to know exactly when he's serious and when he's joking.

This weekend, Musk suggested adding verification checkmarks to the premium subscription service Twitter Blue, as well as slashing its price, banning advertising and giving users an option to pay in the cryptocurrency dogecoin.

He also launched a poll on whether to convert Twitter’s San Francisco headquarters to a homeless shelter “since no-one shows up anyway.”

The poll got over 1.9 million votes, with over 91 per cent answering yes.

Shortly after, Musk started another poll asking users if the w in Twitter should be deleted, with the two only possible answers being "yes" and "of course".