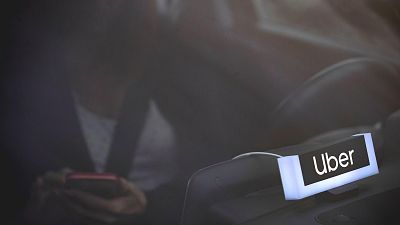 In August last year, Lyft driver Isabella Lewis set out to pick up her first fare of the day. She never came home.

The passenger the rideshare app matched her with shot her in the head, dragged her body out of the car and drove away.

Lewis is one of over 50 gig workers killed while at work in the United States since 2017, in what a new report by platform worker advocacy organisation Gig Workers Rising calls an "urgent safety crisis".

Of those killed, over 60 per cent were people of colour, according to the report, which was compiled using publicly available information.

The report also accused gig work employers of avoiding any legal responsibility to compensate injured workers or bereaved families by classifying them as independent contractors.

After Lewis' killing, Lyft released a statement saying it was "heartbroken by this incident, and our hearts are with the driver’s loved ones during this incredibly difficult time".

However, her sister, Allyssa Lewis, told Gig Workers Rising that the family had never received any direct contact or financial support from the company. The family started a GoFundMe fundraising page which raised almost $9,000 (€8,300) to cover Isabella's funeral costs, the report said.

Lyft did not respond to our request for comment, but in a statement to the Guardian, Lyft spokesperson Gabriela Condarco-Quesada said the company had tried to contact Isabella Lewis’s family to offer support after it learned of her death. “Unfortunately, we were unable to make contact with them,” she said.

According to Lyft's self-reported data, 10 of the platform's US drivers or passengers were killed by another person while using the service between 2017 and 2019.

Rideshare competitor Uber's most recent US safety report reveals that seven of its drivers were killed in the period 2017-2018, with an overall total of 19 fatalities among drivers, passengers and third parties.

Both companies point out that the rates of "fatal physical assault" are low - around 1 in 175 million for Lyft and 1 in 122 million for Uber.

Lyft is "committed to doing everything we can to help protect drivers from crime," Condarco-Quesada said.

The Lyft spokesperson also highlighted the company's investment in driver safety, including a partnership with the security firm ADT. She said Lyft also monitors journeys and contacts drivers if it notices unusual behaviour to connect them with emergency services.

While the Gig Workers Rising report focused on deaths in the United States, violence against gig workers is a global problem.

In Brazil, 16 drivers were killed in 2016 after Uber launched its taxi service with a cash payment option, leading to protests against a lack of security options like passenger ID verification.

Outcry over the number of deaths and dismissive comments by Uber's then regional manager - who said protesting drivers were being "a bit emotional" - led the company to add passenger ID verification based on Brazilian social security numbers.

Alex Marshall, a former courier and president of the Independent Workers of Great Britain union (IWGB), which represents gig workers, told Euronews Next that the theme of gig work companies leaving their workers to face serious issues alone was all too common.

"In the gig economy, workers face the threat of harassment, abuse, and violence every day but companies do little to nothing to safeguard and support this majority-BAME (Black, Asian, minority ethnic) workforce," Marshall said.

Recent cases of violence against drivers in the United Kingdom have prompted calls for change there too.

Last December, a Birmingham-based driver for the Estonian transport app Bolt was hospitalised for five weeks after being attacked and run over by a car while working for the platform.

In a video published by the IWGB, Garad Hussein said he received no contact from Bolt while he was in hospital. "Only when I got home out of hospital did I contact them," he said.

"I contacted the accident department at Bolt but they said that there was nothing they could do for me. They told me that I'd have to bring it up with my insurance".

"When a serious incident happens at work most of the time the employers act like it’s not their problem," Marshall said, adding that 70 per cent of IWGB-affiliated drivers and 60 per cent of couriers said they had been assaulted at work.

"These precarious workers, already on extremely low pay, lack even basic sick pay so they lose their entire income when recovering from an incident at work while their employers sit back and do nothing," Marshall said.

A spokesperson for Bolt said the company had "significantly increased" the size of its safety team, which focuses on "removing passengers with consistently poor driver feedback" from the platform.

"All Bolt drivers need to feel respected and safe whilst driving on our platform and we are constantly assessing and improving the safety protection available," the spokesperson said.

But the February 2021 murder of Bolt driver Gabriel Bringye showed the limits of what app-based safety measures can achieve.

Drivers must come together to challenge this culture that says we are disposable, that we don't matter

In February last year, Bringye was murdered by a group of passengers in London who had ordered a Bolt taxi with the intention of robbing its driver, in a so-called "trap job".

The Bolt driver app continued recording the fact that Bringye's car did not move for 344 minutes after his death, but did not trigger an alert, the IWGB said.

"This was a shocking incident and a senseless tragedy, and we send our deepest condolences to Gabriel’s friends and family," Bolt said, adding that additional safety measures had since been rolled out.

"Our in-app SOS button connects directly to the emergency services and Bolt's safety team, and in the past year we have introduced new welfare checks on static vehicles and 24/7 support both in-app and on the phone," the spokesperson said.

In February, Bringye's sister Renata Bringye, who also works as a driver for gig work platforms, said the company had still not addressed campaigners' safety concerns.

"A year after my brother was killed I am still working behind the wheel and still waiting for Bolt to sit down with us and our union, the IWGB, to discuss what needs to change to make drivers like us feel safe," she said.

"Drivers must come together to challenge this culture that says we are disposable, that we don't matter".

Russian OnlyFans models are being hit by Ukraine war sanctions too