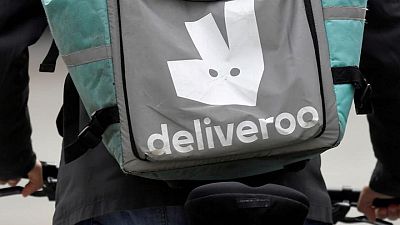 A European Commission proposal - the first of its kind in the world - could force Uber, Deliveroo, and other online delivery companies to reclassify some of their workers as employees.

News agency Reuters reports it has seen an EU document, which estimates some 15 companies could be affected by the rules, with between 1.7 to 4.1 million workers involved.

The proposal comes as countries and courts around Europe try to address shortcomings in the gig economy, with judges in most cases backing the rights of workers.

EU countries could see an annual boost of between 1.6 billion and 4 billion euros in tax contributions from reclassified employees, the paper said.

The draft rules will need to be thrashed out with EU member states and EU lawmakers before they can be adopted, with the Commission estimating a 2025 time frame.

What do the proposed rules say?

The rules seen in the EU's document set out five criteria for determining employees.

Gig economy workers could be classifed as employees if online platforms determine their pay, set conduct and appearance standards, supervise the performance of work through electronic means, restrict their ability to choose their working hours or tasks, and prevent them from working for third parties.

A platform company is considered an employer if it meets two of the criteria, the paper said.

The rules will also require ride-hailing, food delivery apps, and other companies to provide information to employees on how their algorithms are used to monitor and evaluate them, as well as for the allocation of tasks and setting of fees. Employees can ask for compensation for breaches.

The rules place the burden on online platforms to provide evidence that these do not apply to them. They can also challenge their reclassification either via an administrative process or in a court.

Sanctions for non-compliance, which can include fines, will be set by EU countries while national authorities which fail to put in place the necessary measures can face legal action by the Commission.

In a series of setbacks for online platforms, the UK's Supreme Court ruled in February that Uber drivers are entitled to workers' rights, such as the minimum wage, while a Spanish court said last year riders for Barcelona-based food delivery app Glovo were employees, not freelancers.

"This will lead to one out of two drivers losing their job, which is close to at least 140,000 people across the EU," said Aurelien Pozzana, head of Public Policy Western Europe at Bolt.

Deliveroo voiced the same concerns. "These proposals will increase uncertainty and will be better for lawyers than self-employed platform workers," a spokesperson said.