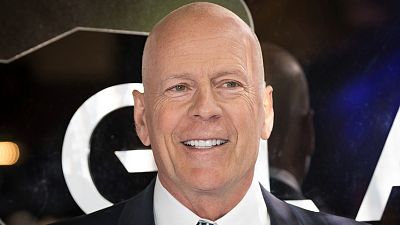 The news that Bruce Willis is stepping aside from a decades-long acting career due to aphasia has drawn attention to this little-known brain disorder, which has many possible causes.

Here’s what we know about aphasia, what can trigger it and how it can be treated.

Aphasia is caused by damage to one or more areas of the brain that deal with language, according to the US National Institutes of Health.

The ability to speak, understand others, read and write is affected.

"Aphasia simply means that someone has a language problem that they were not born with," said Hugo Botha, a neurologist at the Mayo Clinic in Minnesota.

How common is aphasia?

About two million Americans suffer from aphasia - more than Parkinson's disease - according to the National Aphasia Association, and nearly 180,000 get the disorder every year.

It is most often the result of a sudden event, such as a stroke or head injury.

A tumour or brain infection can also trigger aphasia.

“You are still yourself ... but you may not sound like yourself

But "there are other possibilities, such as a degenerative disease" like Alzheimer's, which causes progressive damage, Brenda Rapp of Johns Hopkins University told AFP.

Bruce Willis' family did not elaborate on the cause of his aphasia.

Former US lawmaker Gabby Giffords, who was wounded in a shooting in 2011, has aphasia from that injury.

What are the symptoms of aphasia?

For most sufferers of aphasia, the cause is a stroke that has cut off blood to part of the brain. Without oxygen and nutrients, brain cells die, which leads to difficulty retrieving words.

“You are still yourself ... but you may not sound like yourself".

How bad can aphasia get?

Scientists distinguish several forms of aphasia, depending on the part of the brain affected.

A person will then use very short phrases - such as "wants food" - to make themselves understood.

In receptive aphasia, "the words come easily, but they're not necessarily the right words. And it is difficult for these people to hear what they are saying" and therefore to be aware of their mistakes, Hatfield said.

How can aphasia be treated?

After a stroke, some of the ability to communicate may return quickly in the first few months.

However, difficulties often persist beyond that.

Language rehabilitation therapies can help recovery. Some people learn how to work around a missing word, for example.

Those around the person are also encouraged to be patient, use simple phrases, minimise background noise, stimulate the person by including them in conversations, and above all not stigmatise the person.

Aphasia does not affect intelligence. People with aphasia remain in possession of their knowledge and ideas.

Some people improve dramatically in a few months. Others may need to find other ways to communicate. Speech and language therapy can help.

Dyson's new headphones are also an air purifier you can wear

Can artificial sweeteners cause cancer? This study raises questions