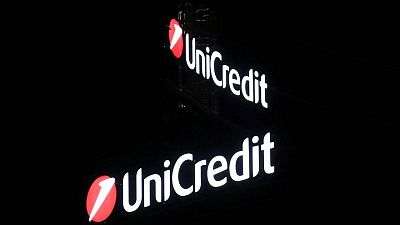 MILAN -UniCredit is studying ways to exit Russia following the invasion of Ukraine, but needs to find a solution for its 4,000 local staff and European companies it serves which are also trying to leave, the Italian bank’s CEO said.

With France’s Societe Generale and Austria’s Raiffeisen, UniCredit is among European lenders most exposed to Russia, where it runs the country’s 14th-largest bank.

It has flagged an up to 7.4 billion euro ($8 billion) loss in a worst-case scenario that wiped out its Russian business.

The former UBS banker said however that leaving was an extremely complex decision which could take time.

“It would be quite easy for me to say that we’re leaving Russia. It would be what we all want to do and it is what our minds and bodies demand … but we need to seriously consider the impact … of disentangling a full bank from the country.”

UniCredit Russia has around 8 billion euros in loans, locally funded by deposits.

Relinquishing the business would cost 1.9 billion euros at most. But cross-border and derivatives exposure add up to another 5.5 billion euros to the bill.

Orcel said tackling the latter was a matter of “unwinding and netting” and figuring out loan recovery rates at maturity, with clients such as Gazprom currently paying regularly.

The decision on local operations had wider repercussions, with UniCredit’s 1,250 European corporate clients in Russia expecting the bank to “accompany them in the disentanglement.”

Exiting “has an impact on clients and people and that can be very fast if I find a solution or slower if I need to go in another direction which is what we’re evaluating,” he said.

Shutting down its Russian operations would shave 200 million euros off UniCredit’s 2022 net income.

Rival Italian heavyweight Intesa Sanpaolo is also reviewing its presence in Russia, where it has financed major projects but has no retail business. Goldman Sachs, JPMorgan Chase and Deutsche Bank are all winding down their operations in Russia.

Less than three months ago, Orcel had looked into swapping UniCredit Russia for a controlling stake in local rival Otkritie, but political risks made him drop the deal.

“We’ll have a shock, we expect recession and we expect inflation,” he said, adding some of the bank’s clients already could not cope with electricity costs and were shutting down.

UniCredit has confirmed its 2021 cash dividends in the worst case scenario. A proposed up to 2.6 billion euro share buyback is contingent on core capital staying above a 13% threshold. [nL2N2VB35N]

“Rough cut, if we recover 40 to 50% of our Russian exposure we will be performing the share buyback in full,” he said.

With the buyback costing 0.8-1.0 percentage points of core capital, UniCredit could still execute it in part if it recovered less.

Orcel also cautioned that the crisis had further raised the bar for M&A deals given excess capital would be used in part to cushion the shock. ($1 = 0.9094 euros)