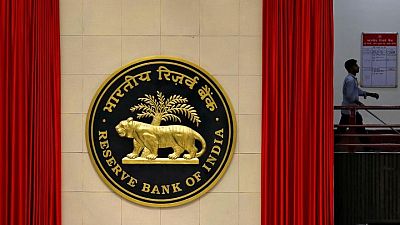 Sharma, founder of payments giant Paytm formally known as One97 Communications, owns 51% of Paytm Payments Bank, while One97 holds the rest.

Paytm Payments Bank was set up in 2017 to help Paytm reach tens of millions of Indians who use mobile phones and cheap data services in the world’s fastest-growing internet services market but do not have access to the formal banking sector.

It was not immediately clear what specific concerns the Reserve Bank of India (RBI) had about the bank. Paytm Payments Bank and the central bank did not immediately respond to Reuters’ requests for comment.

The RBI will allow Paytm Payments Bank to onboard new customers subject to specific permission after reviewing the IT auditor’s report, the central bank said in a statement on Friday.

The bank had received the RBI‘s approval to function as a scheduled payments bank in December, helping it expand its financial services operations.

The RBI‘s move also comes months after One97 Communications saw a dramatically underwhelming listing amid concerns around the company’s valuation and its complex model.

The RBI had banned the bank from onboarding customers once before in 2018, local newspapers reported, citing violations of know-your-customer rules and the bank’s close relations with One97 Communications.

Business news website Moneycontrol reported this week that Paytm Payments Bank was likely to apply to the RBI for a small finance bank licence by June, when the bank completes five years of operations.