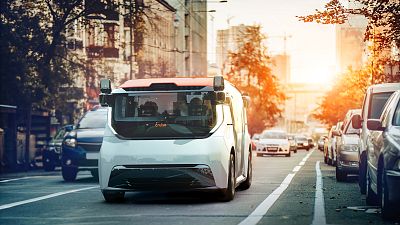 Fully autonomous vehicles in the United States will no longer have to be equipped with manual controls like pedals and a steering wheel to meet safety standards.

New passenger safety regulations published on Thursday replace older rules written with the assumption that vehicles would always have to be controlled by a human driver.

In a statement announcing the "first-of-its-kind" safety ruling, the National Highway Transport Safety Administration (NHTSA) said the old wording of vehicle safety standards no longer made sense for vehicles designed to be entirely self-driving.

"The occupant protection standards are currently written for traditionally designed vehicles and use terms such as "driver’s seat" and "steering wheel," that are not meaningful to vehicle designs that, for example, lack a steering wheel or other driver controls," the NHTSA said.

"For vehicles designed to be solely operated by an ADS (Automated Driving System), manually operated driving controls are logically unnecessary," the agency added.

The rule change comes after US carmaker General Motors and its self-driving technology unit Cruise petitioned the NHTSA last month for permission to build and deploy a self-driving vehicle without human controls.

Cruise emphasised at the time that the pod-like vehicle, the Origin, "does not rely on certain human-centred features, like a steering wheel or a sun visor" to operate. It plans to start production in early 2023.

The new federal rules, which were first proposed in March 2020, emphasise that automated vehicles must provide the same levels of occupant protection as human-driven vehicles.

"As the driver changes from a person to a machine in ADS-equipped vehicles, the need to keep the humans safe remains the same and must be integrated from the beginning," said NHTSA Deputy Administrator Steven Cliff.

The agency said that the safety standards in use up to now have not prevented manufacturers from selling automated vehicles, as long as they come equipped with manual controls.

As it continues to consider changing other safety standards, manufacturers may still need to petition the NHTSA for an exemption to sell their ADS-equipped vehicles, the agency said.