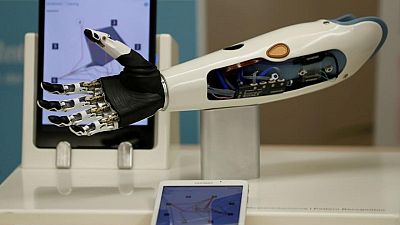 (This Feb. 18 story has been refiled to fix spelling of Philipp in paragraph 13)

By Emma-Victoria Farr and Alexander Hübner

– German artificial limb maker Ottobock is waiting until September to launch its multibillion-euro stock market listing because of choppy financial markets, four people with knowledge of the matter said.

Many investors had expected the business, which could be valued at more than 5 billion euros ($5.7 billion), to float in the first six months of the year, after it engaged banks to prepare last summer.

Now Ottobock has decided to bide its time ahead of a listing in Frankfurt, the people said.

The company told Reuters on Friday that while it continued to prepare for a stock market listing, no final decision to do one had been taken.

“We always said that we want to be ready for the capital market from 2022,” said a company spokesperson. “The preparations for this are ongoing. Whether and when we will go public has still not been decided.”

European stock markets have seesawed in recent weeks as investors took fright over a potential conflict between Russia and Ukraine, as well as at the prospect of rising borrowing costs and spiralling price inflation.

A steady stream of stock-market listings had been expected in March, traditionally a busy month, but bankers have said some companies are postponing plans until later, amid growing investor uncertainty.

Ottobock, founded in 1919 as a maker of prosthesis for World War One veterans, is 80% owned by the founding Naeder family and 20% by buyout fund EQT.

Ottobock is branching beyond medtech into industry and recently won its first industrial customer for its exoskeleton products.

The company makes prosthetics, orthotics, wheelchairs and exoskeletons and in 2019 posted core earnings of 191 million euros on sales of 1 billion euros.

While Ottobock has been considering an initial public offering (IPO) for years, EQT’s stake purchase in 2017 at a valuation of 3.15 billion euros delayed earlier plans. EQT declined to comment.

The wait until later this year will enable Ottobock to show investors a longer track-record of earnings, the people said.