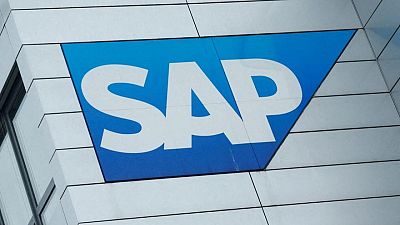 By Supantha Mukherjee and Nadine Schimroszik

STOCKHOLM/BERLIN -SAP said on Thursday it has agreed to buy a majority stake in privately held U.S. fintech firm Taulia as the German business software group seeks to expand its presence in supply-chain financing and working capital management.

SAP, which makes software for managing business processes and gets much of its revenue in recurring form, said it was also looking at opportunities in the ‘metaverse’ – virtual online worlds where people can work, play and socialize.

“We have big partners reaching out to us asking for partnerships in the metaverse because of a lot of interesting B2B (business-to-business) scenarios – think about learning, commerce and a few other business scenarios,” Chief Executive Officer Christian Klein said in an interview.

The metaverse has become the new tech buzzword with companies such as Facebook and Microsoft betting it will be the successor to the mobile internet.

“Soon you will see an announcement about what SAP will do around metaverse,” Klein said.

The deal with Taulia could help SAP win more business with customers by providing supply-chain financing.

Taulia works with financial institutions to allow suppliers that use its platform to receive early payments on their delivered goods and services, and the market has significantly increased due to the pandemic disrupting supply chains.

While SAP did not disclose the deal price, Klein said it was less than $1 billion. Taulia had raised more than $200 million from the likes of Trinity Ventures, Questmark Partner and Lakestar.

SAP is open to more acquisitions if they fit its portfolio, Klein added.

SAP’s former CEO Léo Apotheker is an independent director at Taulia, and the companies have common customers such as Airbus, Nissan and AstraZeneca.