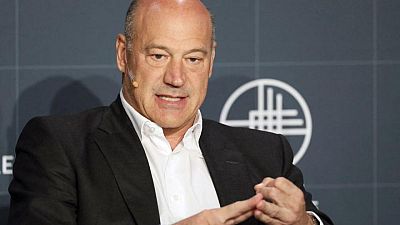 The transaction will put the combined firm’s enterprise value at approximately $9.3 billion, they said in a statement.

Allwyn, known as Sazka Entertainment until last year, operates lotteries in the Czech Republic, Italy, Austria, Greece and Cyprus. It is also bidding for a lottery licence in Britain.

The deal will support Allwyn’s growth strategy including potential acquisitions and licence tenders in Europe and the United States, Allwyn said, noting it may also use some proceeds to refinance debt.

Komarek is one the wealthiest Czech entrepreneurs, with Forbes putting his net worth at $5.3 billion. His KKCG investment vehicle is focused mainly on the entertainment business but also has activities in gas and oil, information technology and real estate.

“It is an opportune time for Allwyn to take this exciting step. Jurisdictions in Europe and North America should have higher expectations for the innovations their lotteries can deliver,” said Allwyn Chief Executive Robert Chvatal.

Allwyn forecast $810 million in adjusted earnings before interest, tax, depreciation and amortisation (EBITDA) from around $1.7 billion in gaming revenue in 2022.

Current Allwyn equity holders will retain approximately 83% of ownership and no new investor will have a stake of more than 5% after the transaction.

CRHC shareholders who do not redeem their shares will be offered 6.6 million shares at a slightly lower enterprise value of $8.7 billion, the statement said.

Investors have committed to purchase over $350 million in equity of the combined company. The deal is expected to close in the second quarter, subject to CRHC’s shareholder and regulatory approvals.