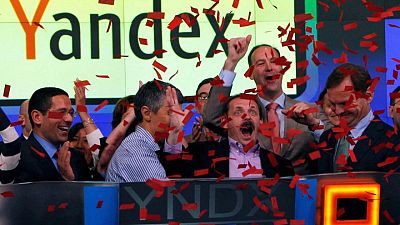 MOSCOW – Russian tech giant Yandex on Wednesday said it had reached a settlement agreement in a competition law dispute over its search engine results with Russia’s Federal Antimonopoly Service (FAS) and a consortium of IT companies.

The FAS told Yandex last February that it had created unequal market conditions for general online search services, that it was preferentially promoting its own products and asked it to stop. Yandex at the time said it was ready to defend its position.

Nasdaq-listed Yandex said the settlement confirmed that it had complied with all requirements of the warning, terminated the case without any fines, and set forth certain additional obligations for Yandex to support competition, including sharing information with the FAS.

In addition, Yandex said it would establish a joint programme to support Russian technology companies in promoting their products and services, contributing 1.5 billion roubles ($19.6 million) to the Russian Fund for the Development of Information Technologies.

The FAS said in a statement the agreement was approved by Moscow’s Arbitration Court after all parties had signed.

Around 20 Russian internet companies signed an open letter last year supporting the FAS’ efforts. In it, they accused Yandex of abusing its dominant market position and urged it to establish a level playing field for fair competition in online searches.

The FAS later brought an antitrust case against Yandex, saying it would investigate possible anti-competitive practices and assess their consequences.

The dispute centred around enriched search, which gives users more detailed results on searches for things like events and recipes.

Yandex has said it uses the global practice of enriched search results to enhance the user experience and that over 30,000 companies use its enriched search technology for free.