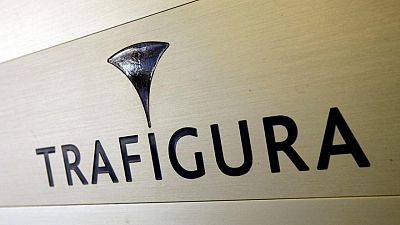 LONDON – Global commodity trader Trafigura Group made a record net profit for a second year running in its 2021 financial year after a strong performance across divisions and significant energy market dislocations.

The Geneva-based company posted a net profit of $3.1 billion for its financial year ending Sept. 30, almost double the previous year.

“Above all, the scale and resilience of our business benefited from a flight to quality, both in terms of customer relationships and financial liquidity,” Trafigura Chief Executive Jeremy Weir said in its annual report.

The COVID-19 pandemic roiled markets last year and saw a number of smaller competitors exit or reduce their business, allowing bigger players to step in and expand credit lines at banks.

Its metals and minerals division contributed 36% with an “exceptional year” for its copper team due to significant demand growth and a supply deficit, it said.

The company had impairments of $709 million, down compared to $1.57 billion in 2020. The largest were at loss-making smelter Nyrstar with $125 million, and Corpus Christi port in Texas with a further $158 million relating to right-of-use assets.

In addition, Trafigura’s income was reduced by a further $716 million after absorbing Puma Energy’s foreign exchange losses though this translated to a increase in group equity.

Puma has $1.9 billion in assets up for sale, including in Angola and its infrastructure division. Trafigura is also in the process of selling its indirect stake in the Indian refiner Nayara Energy and completing the sale of its stake in Spain’s MATSA copper mine.

“We had significant capital expenditure in 2021. We took a 10% stake in Russia’s Vostok Oil project and acquired Puma and at the same time, to keep capital discipline we want to sell assets. We have two assets up for sale, Nayara … and the second is MATSA,” Trafigura CFO Christophe Salmon said.

“It’s the first time our equity base went over $10 billion. It’s is a great equity story. We started in 1993 with probably $25 million. We will continue to grow,” Salmon said.

“The increase in our market share as really striking this year. Oil flows rose substantially … This is a reflection of the continuing trend towards the consolidation of the commodity sector around the big players that have much deeper access to funding.”

Its traded oil volume rose 25% year-on-year to 7 million barrels per day (bpd), growing across regions as global demand recovered with easing lockdowns while its traded non-ferrous metals rose 9% to 22.8 million tonnes and bulk minerals were up 8% to 82.7 million tonnes.

Crude oil volumes grew 22%, thanks in part to new offtake agreements in Canada, Latin America and West Africa and a deal to supply Britain’s Lindsey oil refinery. It added that the Midland shale oil basin in Texas remained core to the business.