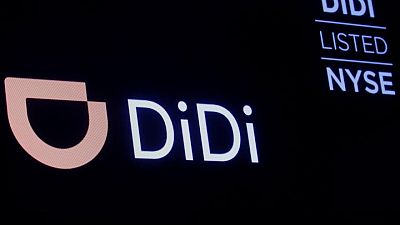 -China’s ride-hailing giant Didi Global Inc’s announcement on Friday that it plans to withdraw from the New York Stock Exchange and pursue a Hong Kong listing raises the question of how the move will happen.

The decision, just five months after the company’s debut on the NYSE, was a stunning reversal as it bends to Chinese regulators angered by its U.S. IPO.

Reuters spoke to four regulatory lawyers not involved with Didi who offered their views on how the Chinese company could transfer its listing.

Didi has not disclosed if a Hong Kong listing will precede a New York delisting. If it does, the transfer of the listing would be simple.

Didi said on Friday that its American Depository Shares (ADRs) will be “convertible into freely tradable shares of the company on another internationally recognized stock exchange at the election of ADS holders.” This would allow investors to swap ADRs for Hong Kong-listed shares. They can sell earlier if they wish to; Didi shares ended down 22.1% on Friday as many investors chose to cash out.

Didi has not given a timeline for the move.

Yes. In that scenario, investors would be given the option of holding on to their shares or selling them over the counter if they have not sold them prior to the delisting. If Didi wants to buy back shares from its shareholders, it would typically have to pay a premium for them.

There are some requirements set by the U.S. Securities and Exchange Commission (SEC) that need to be met. Didi will need to carry on filing disclosures with the SEC even after it has delisted from New York, as long as it has 300 U.S. shareholders.

A foreign company could also de-register with the SEC if its U.S. average daily trading volume(ADTV) is 5% or less of the worldwide ADTV. Didi went public in New York less than six months ago, and will need to let a year lapse to qualify for this route.