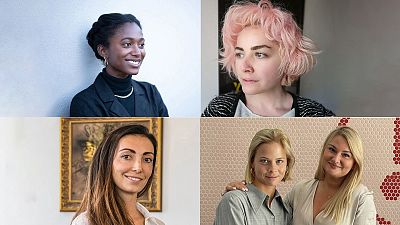 But at this year’s Web Summit, Europe’s biggest tech event, there were more women than men - tipping the balance with 50.5 per cent of attendees - at the November gathering for the first time in its 10-year history.

Hopefully, we're coming to a point where the social impact of a company will matter as much.

Omgyno only launched a few months ago but in that time it has raised €100,000 from a Venture Capital (VC) fund in Spain and also has an angel investor. The company wants to expand throughout the Middle East and is looking to expand to the seed phase and is looking for €500,000 investment.

How Portugal is going green to prepare for the digital transition