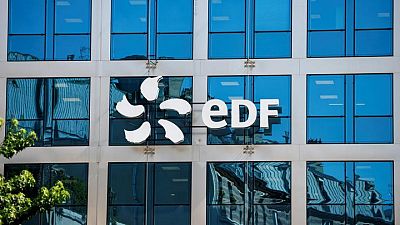 PARIS -French power utility EDF‘s earnings will improve in 2022 thanks to higher energy prices but not dramatically, owing to much of next year’s production having been pre-sold at 2020’s low prices, Chief Executive Jean-Bernard Levy said on Wednesday.

The benefits for EDF of high energy prices will be bigger in 2023, Levy told a senate committee, adding that debt pressure on the company would be relieved somewhat.

EDF financial director Xavier Girre separately told an analyst call that it was clear that power prices represent a substantial positive effect for 2022.

“However, I just want to remain cautious at this stage due to the high volatility of the market,” he said.

“Considering the high power price level, any unexpected outage would have a very significant impact on EBITDA both in the UK and in France,” he added.

Earlier in the day, EDF said that increased sales in the first nine months of the year showed it was on track to maintain its financial targets for 2021 and 2022.

Like-for-like sales grew by 15.7% year on year thanks to increased nuclear output and higher energy prices as the economy rebounded from the COVID-19 pandemic.

Levy, who welcomed President Emmanuel Macron’s announcement on Tuesday that new nuclear reactors would be built in France, also told the senate committee that the company expects electricity demand in France to grow 2% a year over the next 30 years. [L8N2S13Y6]

Energy prices have rocketed across Europe because of multiple factors including low gas storage stocks, higher demand from Asia and reduced gas supplies from Russia.