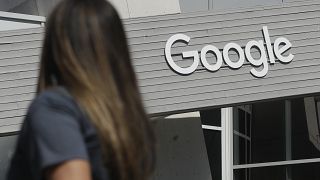 Google said it would work with publishers to reach agreements on paying for content   -   Copyright  Jeff Chiu/AP Photo
By Tom Bateman  •  Updated: 04/11/2021

News aggregator Google News will return to Spain following a change in copyright law that allows online platforms to negotiate fees directly with content producers, the Alphabet-owned company has announced.

The service was closed in 2014 after the Spanish government passed a law obliging Google and other news aggregators to pay a central licence fee to Spanish news organisations for re-using their stories.

But on Tuesday the 2014 law was overturned as Spain adopted an EU directive allowing online media platforms to negotiate licensing fees directly with news organisations.

In practice, this means that Google News is now free to bargain with individual publishers in Spain, instead of having to pay a collective fee to the Spanish news industry as a whole.

"Over the coming months, we will be working with publishers to reach agreements which cover their rights under the new law" Google's vice president for Iberia, Fuencisla Clemares, said in a blog post announcing the move.

Arsenio Escolar, chairman of the CLABE publishers association, which represents around 1,000 Spanish news outlets, a majority of them digital, said he was pleased with the new legislation.

"We are satisfied because media publishers have regained the reins of the management of our rights, hijacked a few years ago by a law that we at CLABE have always considered unjust and harmful," he said in a message posted on the group's website.

However, the new law may not prove popular with every publisher.

Industry group AMI, which represents many of Spain's traditional media outlets, supported the previous system and has previously criticised its replacement.

AMI declined to respond to a Reuters request for comment on the Spanish government's decision.