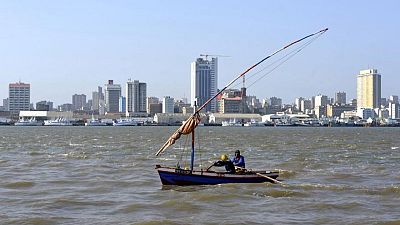 By John O’Donnell and John Revill

ZURICH/FRANKFURT – Credit Suisse misled authorities over spying on its staff and lied to investors about a corrupt loan to Mozambique, regulators said, painting a bleak picture of the cultural decay at the global bank.

The hefty fines announced late on Tuesday by British and U.S. regulators in the Mozambique case as well as a rare rebuke by Swiss regulators over the spying affair mark a low ebb for a Swiss bank that was once a pillar of the economy.

Credit Suisse, which brought in seasoned banker Antonio Horta-Osario as chairman in April to stop the rot, said in response that it condemned the spying and had taken “decisive” steps to improve its governance and strengthen compliance.

Nonetheless, the scandals, coupled with heavy losses from the collapse of U.S. family office Archegos and the hit to the bank’s clients from the demise of British financier Greensill, have prompted debate about strengthening Swiss banking controls.

“The scandals expose a cultural problem,” said Gerhard Andrey, a Green Party lawmaker in Switzerland’s parliament who is pushing for tighter regulation. “We need more power to tackle the top ranks of management at these banks, who always walk away unscathed from such scandals.”

Vincent Kaufmann, chief executive of Swiss investment adviser Ethos, called on Wednesday on Credit Suisse to claw back bonuses paid to managers involved in the various scandals and consider taking legal action against them.

On Tuesday, Credit Suisse was penalised $547 million by British and U.S. regulators for secret loans to Mozambique, whose discovery prompted donors to withdraw support for the southern African country and triggered its economic collapse.

The U.S. Department of Justice (DOJ) said Credit Suisse had hidden the true nature of the loans, which were meant to pay for a tuna fishing fleet, including the payment of $200 million in kickbacks to its bankers and government officials in Mozambique.

“Credit Suisse, through its subsidiary in the United Kingdom, engaged in a global criminal conspiracy to defraud investors,” U.S. Attorney Breon Peace said in the DOJ statement.

The DOJ said Credit Suisse would have to pay British and U.S. regulators $475 million, after taking into account crediting and other resolutions.

Speaking for Mozambique’s attorney general, Keith Oliver at law firm Peters & Peters said it was an “important step towards obtaining full redress for the people of Mozambique” and the country would bring those responsible to justice.

The string of scandals at Credit Suisse have rattled faith in the Swiss bank founded to finance the building of the nation’s rail network that tunnels through the Alps.

Shareholders have deserted the bank following the slew of bad headlines and a tepid performance. Its shares are down 14% this year while the Swiss blue chip index has climbed 11%.

Separately, Swiss regulators accused Credit Suisse on Tuesday of misleading them about the scale of spying the bank was undertaking in a scandal that forced the departure last year of Chief Executive Tidjane Thiam.

As more details came to light, one private investigator involved in the scandal committed suicide, intensifying the outcry. Credit Suisse, however, repeatedly played down this and another episode of spying as isolated incidents.

But the Swiss Financial market Supervisory Authority FINMA said on Tuesday that the bank planned spying operations on seven occasions between 2016 and 2019, and carried out most of them.

It said the bank had sought to cover its tracks by using external text messaging services and “rudimentary invoices”. It said several members of the executive board were informed of planned spying on an employee in Asia in 2019.

Criticising the banks for serious shortcomings in its governance, FINMA said it had launched enforcement proceedings against three individuals.

The bank said it regretted that it did not “ensure all relevant information was readily available” to FINMA and that it condemned any “unjustified observation”.

The scandals have angered FINMA officials, who struggle to hold bankers to account because Swiss rules only allow them to sanction directors if they are directly involved in wrongdoing, rather than for general managerial lapses.

Despite more than $15 billion in writedowns and penalties in recent years at Credit Suisse, dissenting shareholders also failed to oust chairman Urs Rohner before he retired this year.

“We will have more cases in the future like this unless we have stronger regulation,” he said.