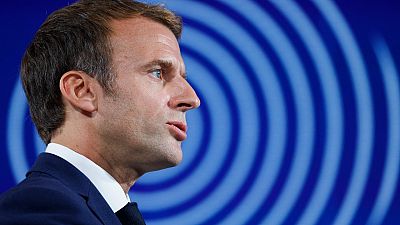 French president Emmanuel Macron unveiled a €30 billion plan to create the "high tech champions of the future" on Tuesday.

Dubbed "France 2030," the aim is to invest the funds over five years in sectors such as robotics, semiconductors, electric cars, and nuclear and renewable energy sources.

"I want us to look ahead and see our weaknesses and strengths. We need the country to produce more," Macron said.

The main focus will be on "decarbonising" French industry, building small reactors, and becoming leaders in green hydrogen, he added.

The plan will include €8 billion being spent on renewables, nuclear and hydrogen. But €4 billion will be spent on transport and mobility, with a target to produce 2 million electric and hybrid vehicles and the first low emission aircraft.

Investing in start-ups and tech

"There is a goal to invest, which is a change in the paradigm, and the priority is for start-ups which is extremely positive for them," Maya Noel, director of France Digitale, the main association of French start-ups, told Euronews Next.

The plan will not only lead to more innovative technology in France, she said, but it could also cause other European countries to invest in start-ups and technology in the same way.

Push for the presidency

Macron’s plan to boost industry comes six months before France’s presidential election and as he tries to secure votes in the industrial heartlands.

"We must rebuild the framework for productive independence for France and Europe," he said, adding that innovation would be key amid global competition for leadership and access to raw materials.

"The winner takes it all," he added.

France is the eurozone's second-largest economy but industry has been in decline for decades.

"We are a creative country, it’s in our DNA," Macron said.

"But alongside that, we have real weaknesses. We have under-invested in education, training, and higher education" and "we have a quality of labour to allocate that isn’t at the right level".

A large part of that went to promoting greener energy policies.

"A few months from the end of his mandate, the outgoing president commits French money to restore his electoral image with promises which only bind his successor," far-right leader Marine Le Pen said on Twitter.