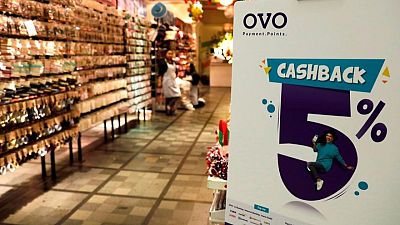 SINGAPORE – Southeast Asian ride-hailing and payments firm Grab will more than double its stake in Indonesian e-wallet OVO to 90%, the Indonesian firm said on Monday, pending approval from regulators.

Three sources with knowledge of the deal told Reuters that Grab had purchased the stakes of Indonesian conglomerate Lippo, which launched OVO, and e-commerce platform Tokopedia.

Sinagpore-based Grab’s stake will expand from 39% currently, according to a regulatory filing submitted to Indonesian authorities, in what is the first phase of its restructuring.

“We welcome a greater commitment from Grab in OVO. We’re working in close consultation with the regulators to complete the ownership restructuring process,” OVO said in a statement.

OVO is one of Indonesia’s biggest e-wallets. As of 2019, it was valued at $2.9 billion and had been downloaded more than 100 million times.

Indonesia’s booming digital economy is expected to grow to $124 billion by 2025, according to a 2020 study by Google, Temasek Holdings and Bain & Company.

Half of the country’s population of 270 million lack bank accounts but most now have mobile phones.

Tokopedia is finalising its own merger https://reut.rs/3a7pbv7 with Grab rival Gojek to form GoTo.

Gojek operates its own e-wallet, GoPay.

As regulations require Indonesian firms to own stakes in only one e-wallet at a time, the deal is expected to clear the way for GoTo’s merger.

“This transaction has been planned for some time and will allow us to continue to focus on further deepening the market-leading strategy of GoPay,” GoTo said in a statement.