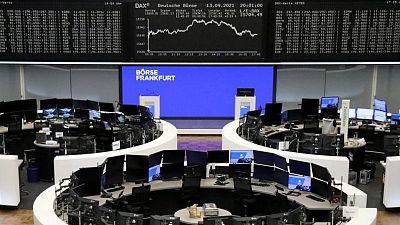 MUNICH – Language learning app Babbel hopes to join the ranks of ‘unicorn’ tech startups with a market valuation of around $1.5 billion when it opens the German autumn listing season.

The German firm competes with Pittsburgh-based Duolingo, whose shares rallied in its U.S. stock market debut in July and is now valued at around $6 billion.

At the top end of the range, the Frankfurt IPO would value Babbel at a multiple of more than 8 times its revenue last year. That compares to a multiple of 37 times for Duolingo, which is also lossmaking, Refinitiv data shows.

Of proceeds from the IPO of up to 364 million euros, at most 204 million euros could accrue to Babbel through the sale of new shares, with existing shareholders accounting for the rest.

“The positive feedback and interest from investors show us that we are pursuing the IPO at the right time,” Babbel Chief Executive Arne Schepker said in a statement.

Babbel offers lessons in 15 languages on a subscription-based smartphone app, featuring comprehension and speaking drills. With its newer Babbel Live product, students can join group classes with a teacher via video conference.

The company said in its prospectus it will invest proceeds from the IPO in its product for business customers, as well as expand further in the United States.

It has grown during the coronavirus pandemic, as people spent more time studying at home. Revenue rose 18% in the first half of the year to 83 million euros, although its operating loss grew by 49% from a year ago to 30 million euros.

The Babbel IPO opens the autumn season in what has already been a busy year for stock market listings in Germany.

Sixteen companies – including AUTO1 and Vantage Towers – have raised 9.8 billion euros in the year to date, Reuters calculations show.

Subscriptions for the Babbel IPO run until Sept. 22, with first trading in its shares two days later. Next up is automotive supplier Vitesco, which is being spun off by its parent Continental on Thursday.