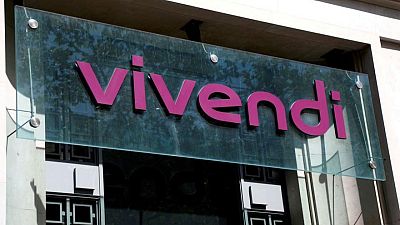 Vivendi said the transaction was based on an enterprise value of 35 billion euros ($41.40 billion) for 100% of UMG‘s share capital.

The deal, to close by Sept. 9, means Pershing Square will own 10% of UMG‘s share capital after it bought a 7.1% stake from Vivendi in August, the French company added.

The transaction comes ahead of the distribution of 60% of UMG‘s share capital to Vivendi’s shareholders and the listing of the company scheduled for September 21.

UMG, which represents artists like Justin Bieber and Taylor Swift, is benefiting from a music industry rebound, underpinned by booming streaming revenues but also a recent surge in sales of vinyl records and CDs.

In January, Vivendi said a consortium led by Chinese media group Tencent had bought an additional 10% stake in UMG, pushing its holding up to 20%. Tencent has been expanding globally with stakes in Spotify and Warner Music Group.

The French conglomerate has said it plans to use the proceeds from the UMG deals to reduce its financial debt and to finance share buybacks and acquisitions.

Billionaire Ackman had originally aimed to make the UMG investment through a special purpose acquisition company (SPAC), but is now buying in through his Pershing fund instead after the initial plan hit hurdles.