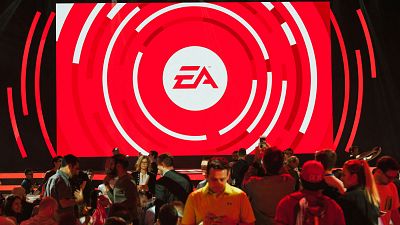 EA said it would allow rival developers to use five of its patented technologies that aim to improve accesibility in its games   -   Copyright  Andrew Cullen / AFP
By Tom Bateman  •  Updated: 24/08/2021

Video game publisher Electronic Arts says it will allow competitors to use some of its patented technologies designed to make games more accessible to people with disabilities.

EA said its patent pledge meant it would not sue any company or developer using technologies like the "ping" communication system from online multiplayer shooter Apex Legends, in a drive to make gaming more inclusive.

"This pledge covers some of our most innovative technologies designed to break down barriers for players living with disabilities or medical issues. This includes those with vision, hearing, speaking or cognitive issues," the company said in a statement.

Other accessibility patents covered by the pledge include automated systems used in EA Sports franchises Madden and FIFA that automatically adapt colour and contrast to improve visibility for people with colour blindness and low vision.

The company also open-sourced code for its accessibility-oriented technologies, meaning developers can use it as a basis for their own projects.

Apex Legends' ping system allows players to communicate non-verbally, making the game accessible to those who cannot speak or hear, as well as those who might not want to.

The context-sensitive system can send different messages depending on what’s being aimed at - an enemy player and an open door will generate different pings.

The feature was patented on Tuesday, EA revealed. The company said its pledge initially covered five patents, although more could be added in the future.

EA's patent pledge is "legally binding" and "irrevocable," the company said, although it reserved the right to exclude individual parties from it if they file their own patent infringement complaint against it.