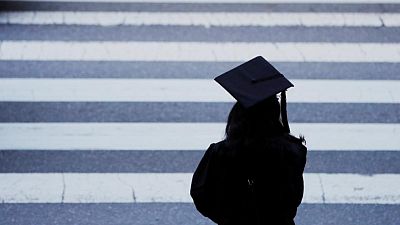 – Emeritus, an EdTech platform used by some of the world’s top universities and other educational institutions for online courses, said on Thursday it raised $650 million in a funding round led by SoftBank Group Corp’s Vision Fund 2 and Silicon Valley venture capital firm Accel.

The Singapore-headquartered company said it was now valued at $3.2 billion, quadrupling its valuation from the last funding round in August 2020.

The massive injection of funds comes as online learning and related technology have received a boost from the pandemic. SoftBank alone has made several big investments in the sector, including in South Korea’s AI tutorial startup Riiid Inc and Class Technologies Inc, which makes tools that can be used with teleconferencing programs made by Zoom Video Communications Inc.

Emeritus is similar to Silicon Valley EdTech company Coursera Inc, but the class sizes are much smaller and more interactive, said co-founder and CEO Ashwin Damera.

The bulk of Emeritus’ business is in courses for alternative credentials, but universities also use the technology to offer degrees or partial degrees, said Damera.

Proceeds from the funding round will be used for the recent $200 million acquisition of iD Tech, a platform for teaching science and technology to youth students, as well as to develop new courses and expand the company’s business and geographical footprint. It has already delivered courses to 250,000 individuals across over 80 countries, the company said.

Emeritus works with over 50 universities in the United States, Europe, Latin America, Southeast Asia, India and China. Damera said his company was not impacted by China’s crackdown on online tutoring which was aimed mainly at companies targeting students in high school or younger.

Other existing investors of Emeritus include the Chan Zuckerberg Initiative – a charity owned by Facebook Inc CEO Mark Zuckerberg and his wife, Priscilla Chan – and Sequoia Capital India Advisors.