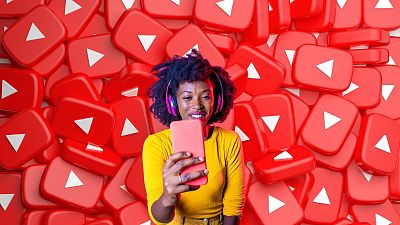 YouTube launched a new $100 million (€84 million) creator fund on Tuesday in a bid to increase the popularity of its new short form content platform, YouTube Shorts.

But will it ever be able to rival the likes of TikTok?

The social media giant aims to “unlock a new playground of creativity,” according to the Shorts product lead Todd Sherman.

Users can create original videos through the YouTube app using a multi-segment camera which makes it easy to string multiple clips together, a wide array of music and a useful captioning tool.

Its features are comparable to a more basic version of TikTok although there isn’t a way to reply to another person’s video or duet their content, two things that have been instrumental in TikTok’s recent success.

Why is YouTube putting so much money behind this?

Short form content has soared in popularity over the last couple of years. In March, Bloomberg valued Bytedance, TikTok’s parent company, at around $450 billion (€379 billion). Brands have also flocked to TikTok to sponsor the new generation of creators that have found massive success on the app.

It’s not just a recent phenomenon. The now defunct app Vine, known for its snappy six second videos, was hugely successful for a period around 8 years ago.

It helped launch the careers of global stars such as Shawn Mendes and many of YouTube’s most popular creators. In many people’s eyes, TikTok became the app's successor after it was discontinued in 2017.

While perhaps it’s missing some of the nifty features that attracts users to other apps, it is still in its infancy.

However, perhaps it’s biggest draw is the potential for creators to earn up to $10,000 (€8,400) per month through their videos.

In order to be eligible, the content must be original. YouTube can tell if a video has a TikTok watermark or other logo and these videos cannot be monetised.

The fund is only open to creators in 10 countries for the moment, including the US, UK, India, and Brazil, although YouTube says it does have plans to extend it to other places in the future.

It will also work slightly differently to the monetisation on normal YouTube videos.

These are usually calculated through the number of ads that play on a video. This wouldn’t work when the videos are so short as it wouldn't be feasible to play an ad every 15-60 seconds.

A new model is in the works though that will see YouTube Shorts monetised based on the popularity of the video instead.

Money and advertising is one thing, but it remains to be seen as to whether viewers will flock to YouTube Shorts.

While short form videos usually provide us with instant gratification, we’ll have to patiently wait and see how YouTube’s latest project pans out.