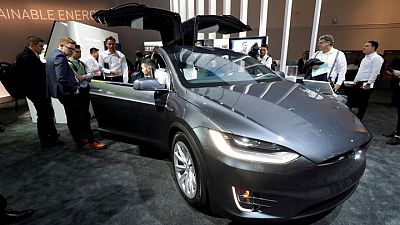 The four-year-old Nevada firm aims to recover and refine critical materials such as nickel, cobalt and lithium to slash the cost and carbon footprint of battery production while reducing mining of those raw materials, Redwood Chief Executive J.B. Straubel said.

“An important part of our mission is to get these materials back as quickly and efficiently as possible into the battery supply chain — that’s easier said than done,” said Straubel, a co-founder of Tesla.

T. Rowe Price, Baillie Gifford and Fidelity all were investors in Tesla, according to investor website PitchBook.

Since 2017, Straubel and his team have raised nearly $800 million, giving the company a valuation of around $3.7 billion, according to a source familiar with Redwood.

Redwood has partnerships with battery makers Panasonic in Nevada and Envision AESC in Tennessee, as well as Amazon.

The new investment “lets us expand the business dramatically and step our way further up the value chain,” Straubel said.

The company is tripling the size of its Carson City, Nevada, facilities and hiring more than 500 people.

“I am very confident that recycling can be a huge lever to improve the emissions footprint of battery manufacturing,” Straubel said: “We’re hell-bent on making the recycling process absolutely sustainable.”