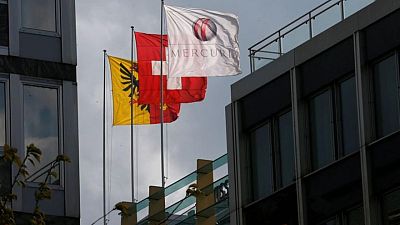 The hires illustrate the rush in the energy industry to recruit staff with knowledge of carbon trading and renewable fuels markets as the world transitions to cleaner energy sources in a bid to fight climate change. Investment firms and commodity merchants, including hedge fund Citadel, Gunvor Group and Trafigura , have bolstered and are looking to expand U.S. teams that specialize in trading renewable fuels.

Geneva-based Mercuria has hired at least five former BP employees, and two from Shell. A majority joined this month, according to their LinkedIn profiles.

Mercuria declined to comment on personnel matters. It has traded biofuels since 2006 and owns and operates a European plant producing biodiesel from used cooking oil.

Zach Scott, formerly head of low carbon trading and origination for BP, joined Mercuria’s United States team this month as head of Americas environmental, according to his LinkedIn profile. Harrison Clay, formerly vice president of strategic development of global environmental products at BP, joined as Mercuria’s head of biogas and energy transition, according one person and his LinkedIn profile.

Scott and Clay did not provide comments on their moves.

Cooper and Huby did not immediately respond to a request for comment.

Mingyi Sun also joined Mercuria in June as an environmental products trader after holding the same position at Shell, according to LinkedIn. Sun did not immediately respond to a request for comment.

Serra and Gaballa did not provide comments on their move.

Mercuria earlier teamed up with U.S. private equity firms to invest up to $1.5 billion in renewable projects.