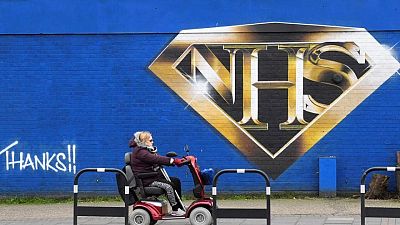 -Britain’s competition regulator has fined more than 10 drug firms a record combined 260 million pounds ($360 million) for overcharging the National Health Service (NHS) for a steroid which rose from 70p to 88 pounds a pack in under eight years.

The Competition and Markets Authority (CMA) said on Thursday that the breaches meant the NHS paid over 10,000% more for single packs of 10 mg and 20 mg hydrocortisone tablets in 2016 than they were paying in 2008.

Hydrocortisone is used to treat conditions where adrenal glands do not make sufficient hormones, including the life-threatening Addison’s disease.

The companies engaged in practices including buying potential rivals to keep their versions off the market, increasing the price of hydrocortisone as sole providers, and continued to pay off the competition over the years, the CMA said.

“These are without doubt some of the most serious abuses we have uncovered in recent years,” said CMA head Andrea Coscelli. “Our fine serves as a warning to any other drug firm planning to exploit the NHS.”

Three of the more than 10 companies named in CMA‘s statement, Waymade, Accord, and Advanz, said they disagreed with the regulator’s decision and told Reuters via email that they would appeal against the fine.

The other firms did not immediately respond to requests for comment.

CMA also said that in addition to its fines, the NHS would be able to seek damages.

Before April 2008, NHS was spending about 500,000 pounds annually on hydrocortisone tablets, the CMA said, adding that costs had risen to more than 80 million pounds by 2016.