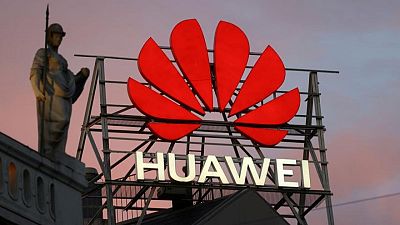 The confidential settlement came days into a trial that opened in one of the two lawsuits last week. Huawei and Verizon filed joint motions to dismiss both cases and Verizon’s counterclaims late on Sunday in two U.S. courts in Texas.

In February 2020, Huawei sued Verizon alleging the company used a dozen Huawei patents without authorization in areas such as computer networking, download security, and video communications, seeking an unspecified amount of compensation and royalty payments.

Verizon said it was “happy with the settlement reached with Huawei involving patent lawsuits. While terms of the settlement are not being disclosed, our team did an outstanding job bringing this protracted matter to a close.”

Huawei said in a statement it was “pleased that Verizon and Huawei reached an agreement that ends the companies’ patent litigation. The terms of the agreement are confidential.”

Huawei said in 2020 it was “simply asking that Verizon respect Huawei’s investment in research and development by either paying for the use of our patents, or refraining from using them.”

Huawei has been a flashpoint in the U.S.-China relationship for several years. The United States placed the company on an economic blacklist in 2019 over what it said were national security concerns.

In June 2019, Reuters reported that Huawei told Verizon it should pay licensing fees for use of more than 230 Huawei patents and was seeking more than $1 billion.