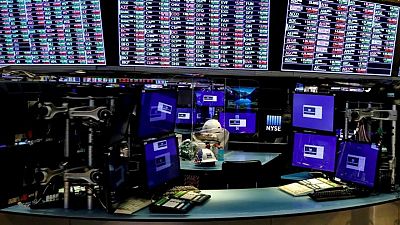 By Scott Murdoch and Kane Wu

HONGKONG -Chinese medical data group LinkDoc Technology Ltd has shelved plans for an IPO in the United States due to Beijing’s clampdown on overseas listings by domestic firms, according to three sources with direct knowledge of the matter.

It is the first Chinese firm known to have pulled back from IPO plans since China’s cybersecurity regulator toughened its approach to oversight last week with an investigation into ride-hailing giant Didi Global Inc just two days after its New York debut. That was soon followed with an order for Didi’s app be removed from app stores.

Beijing also said on Tuesday it would strengthen supervision of all Chinese firms listed offshore, a sweeping regulatory shift that triggered a sell-off in U.S.-listed Chinese stocks.

LinkDoc’s decision to suspend its $211 million IPO, first reported by Reuters, is likely to be followed by others, analysts said, although they noted that U.S. listings were not barred per se.

“For companies applying for a U.S. listing, they may have to wait for further clarification, stricter scrutiny and pre-approval from different regulators and authorities,” said Bruce Pang, macro & strategy research head at China Renaissance Securities.

“The new rules may impose long waiting periods on any companies hoping to list abroad which will hit investor sentiment, depress valuations for IPOs in the U.S. and make it more difficult to raise funds overseas,” he said.

Backed by Alibaba Health Information Technology Ltd, LinkDoc filed for its IPO last month and was due to price its shares after the U.S. market close on Thursday.

It had planned to sell 10.8 million shares between $17.50 and $19.50 each. The book closed one day earlier than planned on Wednesday, one of the three sources and a separate person said.

The sources declined to be identified as the information has not yet been made public.

LinkDoc did not immediately respond to a request for comment.

Morgan Stanley, Bank of America, and China International Capital Corp Ltd (CICC) were the investment banks on the deal and all declined to comment to Reuters.

U.S. capital markets have been a lucrative source of funding for Chinese firms in the past decade, especially for technology companies looking to benchmark their valuations against listed peers there and tap an abundant liquidity pool.

So far this year, a record $12.5 billion by Chinese firms has been raised from 34 U.S. listings, Refinitiv data shows, well up from the $1.9 billion from 14 deals in the same period a year ago.

Eight Chinese companies including home service platform Daojia Ltd and Atour Lifestyle Holdings have made public filings with the Securities and Exchange Commission (SEC) to list in the U.S. later this year, a review of the filings showed.

In May, Reuters reported that Beijing was pressing audio platform Ximalaya to drop U.S. listing plans and opt for Hong Kong instead, with one source at the time citing Beijing’s concerns that U.S. regulators will potentially gain more access to audit documents of New York-listed Chinese companies.

Analysts also note the tougher stance coincides with new U.S. regulations being rolled out that could see Chinese companies delisted if they do not comply with U.S. auditing rules.