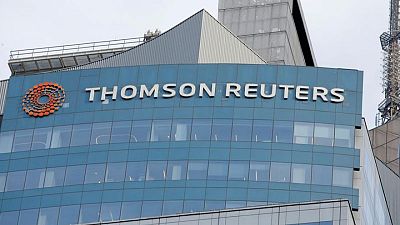 – Reuters News postponed the launch of its website paywall following a dispute with financial data provider Refinitiv over whether the move would breach a news supply agreement between the two companies.

Reuters, a unit of Thomson Reuters Corp, had been planning to start charging for news on Reuters.com from June 1. It was not immediately clear how long the delay would last.

In a staff meeting on Thursday, Reuters Editor-in-Chief Alessandra Galloni confirmed that the news agency had paused the launch of the website paywall as well as the introduction of a new legal news section on the website, while discussions with Refinitiv to resolve the dispute were ongoing.

In a statement, a Reuters spokesman said, “We are still working through our plans for the relaunch of Reuters.com as a subscription service.” Discussions with Refinitiv were “about our business approach and products, and how we can enhance our offer to all customers,” the spokesman said.

London Stock Exchange Group Plc, the parent of Refinitiv, said discussions were ongoing. “The foundation of our partnership is strong and we will continue to work together to deliver for all of our customers,” it said in a statement.

The postponement is a setback for Reuters’ plans to build new sources of revenue via its website and raises questions about the news agency’s relationship with its biggest customer. Refinitiv accounts for about half of Reuters’ revenue. Reuters derives most of its remaining revenue from its media agency operations, as well as its growing events business.

As part of its initial separation, Refinitiv struck a 30-year news agreement with Reuters. Refinitiv competes with Bloomberg and other news and data providers to banks and other financial institutions, and Reuters News has long been a key distinguishing factor for the business.

Under the agreement, Reuters is guaranteed annual payments of at least $336 million to provide news and editorial content to Refinitiv until 2048.

In April, Reuters announced it would plan to charge $34.99 a month for access to its website, which has been available for free. Reuters chief marketing officer Josh London called the launch “the largest digital transformation at Reuters in a decade.”