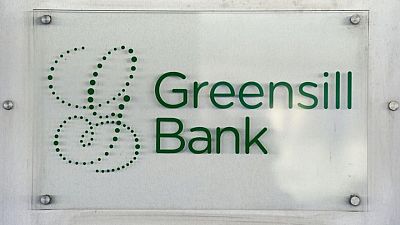 <p><body> <p><span class="caps">FRANKFURT</span> (Reuters) – The mayor of Nordenham, one of the German towns hardest hit by losses on funds with the failed Greensill Bank, said on Wednesday that he would not run for re-election as he takes political responsibility for the investments.</p> <p>German towns and cities had parked around 500 million euros ($611.40 million) of their savings with Greensill Bank, which collapsed earlier this year as part of financier Lex Greensill’s insolvent Greensill Capital.</p> <p>Greensill Bank, based in Bremen, became an attractive draw for municipalities such as Nordenham because it did not charge fees on deposits, which became increasingly uncommon as a result of European Central Bank (<span class="caps">ECB</span>) policies to spur the economy.</p> <p>In the wake of the bank’s collapse, a number of the affected towns have banded together as they seek to recoup some of their funds, which were not protected by a German deposit guarantee programme.</p> <p>The Nordenham mayor, Carsten Seyfarth, said in a statement his decision not to run in September was due to the Greensill fiasco and the shadow it would cast over the election.</p> <p>“Even if I am not aware of any personal or legal misconduct, it is ultimately a matter of assuming political responsibility, which now lies with the mayor as head of the city administration,” he said.</p> <p>Nordenham, just north of Bremen, had placed 13.5 million euros with the bank, nearly all of its short-term time deposits.</p> <p>Seyfarth, in an interview with Reuters earlier this year, said the town’s last investment was in February, just a week before bad news about the bank’s problems became public, which was “especially painful”.</p> <p>($1 = 0.8178 euros)</p> <p/> <p> (Reporting by Tom Sims; Editing by Alex Richardson)</p> </body></p>