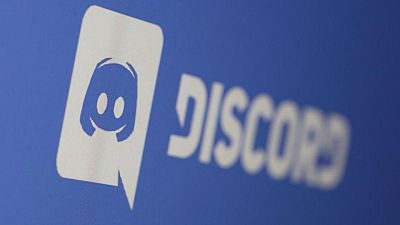 <p><body> <p>By Elizabeth Culliford</p> <p>(Reuters) – Chat platform Discord said on Thursday it will start to test paid tickets for audio events, the first feature where creators can make money from the site, and will launch a tool next month to help users more easily find live audio channels.</p> <p>Discord, which grew quickly during the pandemic and says it has 150 million monthly active users, will roll out ticketed events this month in a pilot with fewer than 50 creators, all based in the United States, a Discord spokeswoman said.</p> <p>The announcements follow Discord’s launch in March of “Stage Channels” where users can tune in to an audio channel operated by a host, a feature popularized by the year-old, invite-only Clubhouse app.</p> <p>Discord was first used by videogamers but has increasingly expanded to different communities and is used for events ranging from comedy clubs to karaoke parties.</p> <p>The platform said in a blog post that it plans to launch a “Stage Discovery” feature on June 1 to help users find different new voice events.</p> <p>A slew of online platforms like Facebook and Twitter are working on their own audio chat services. Social media companies are also racing to build features to attract content creators who have built large fan followings and want to make money directly from their platform audiences.</p> <p>Discord said it would also launch a feature this summer called “Threads” to make text chats more streamlined and easier to follow. </p> <p>Reuters reported last month that Discord had ended sale talks with Microsoft Corp to focus on expanding its business as a standalone company.</p> <p>This month, Sony Corp announced that one of its units had made a minority investment in Discord as part of a deal to tie in the platform with Sony’s PlayStation gaming division. </p> <p/> <p> (Reporting by Elizabeth Culliford; editing by Richard Pullin)</p> </body></p>