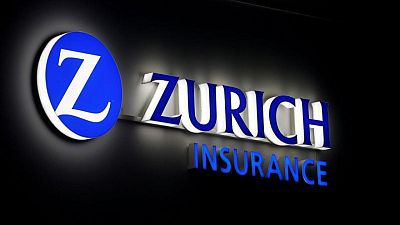 By Carolyn Cohn and Michael Shields

LONDON/ZURICH (Reuters) -Zurich Insurance does not expect to have a major exposure to the failure of supply chain financing firm Greensill Capital, the insurer’s chief financial officer said on Wednesday after it reported solid first-quarter earnings.

Greensill Capital lent money to firms by buying their invoices at a discount but it collapsed in March 2021 after one of its main insurers declined to renew its cover.

Among the investors burnt in the widespread fallout were clients of Swiss banking giant Credit Suisse, steel magnate Sanjeev Gupta’s GFG Alliance and some 26 German towns.

Zurich, a major player in the trade credit insurance market, is one of several insurers which are unsecured creditors to Greensill’s UK business, according to administrator Grant Thornton’s report published last week.

“We don’t expect any material exposure arising from the Greensill insolvency,” Zurich Chief Financial Officer George Quinn told a media call, adding that it was “difficult veering on impossible to comment on client relationships”.

Some of Greensill’s assets were backed by insurance and Grant Thornton said investors may be able to recover some funds through claims.

Europe’s fifth-largest insurer recorded a rise in property and casualty gross written premiums of 9% on a like-for-like basis in the quarter and 14% in dollar terms, driven by strong growth in commercial insurance and improvements in pricing.

Berenberg analysts had expected a 5% rise in premium revenues.

Premium rates rose 7%. Zurich and other insurers have benefited from higher rates across the board after they suffered pandemic-related losses last year.

Zurich said it was hit by more natural catastrophes than normal in the first quarter, including winter storm Uri which swept across central and southern U.S. states in mid-February.

Zurich also said some of its markets in EMEA and Latin America, as well as the United States, were suffering higher mortality rates in the first quarter due to COVID-19.