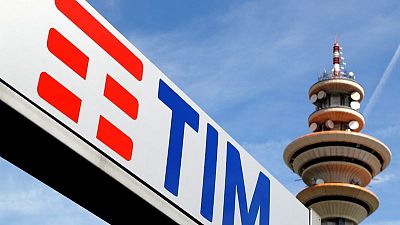 By Elvira Pollina and Supantha Mukherjee

MILAN (Reuters) – Telecom Italia is looking to cancel a contract with Huawei for supplying equipment to build part of the telecom firm’s 5G network in Italy, three sources close to the matter said on Thursday.

Losing 5G work from Telecom Italia, one of Huawei’s biggest clients in Europe, would be a blow to the Chinese technology giant, which has already lost some business to rivals Nokia and Ericsson.

The United States has been pressuring countries to ban Huawei equipment, citing security risks. Huawei has vehemently denied posing a security risk. Only Britain and Sweden have so far banned the company’s equipment in Europe.

Telecom Italia has sent a letter informing Huawei of its intention to call off the contract, one of the sources said. Italian newspaper Il Sole 24 Ore first reported the letter.

The Italian company had initially planned to give the contract to Huawei and Ericsson, but later brought in Nokia to share the contract among the three companies, sources told Reuters last December.

Now, the entire contract will be split between Ericsson and Nokia, two of the sources said.

Italy has not imposed an outright ban on Huawei, but under current legislation it can impose strict conditions on 5G deals involving non EU vendors.

Telecom Italia’s move follows a review of its supply policy, including a cost and benefit analysis, one of the sources said.

The company had already ruled out Huawei from the core of its 5G network, where sensitive data are processed, by not inviting the Chinese company to a tender last year.

(Reporting by Elvira Pollina in Milan and Supantha Mukherjee in Stockholm. Editing by Mark Potter)