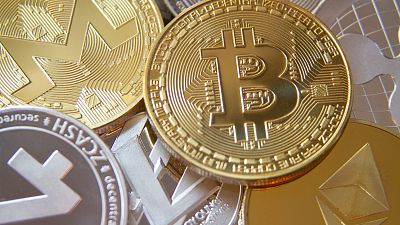 The ongoing COVID-19 pandemic has accelerated the development of digital currencies by central banks in a bid to encourage people to turn to cashless payments.

One such project is being led by Lithuania’s Central Bank, which will open a pre-sale for the world’s first digital collector coins - dubbed "LBCOINs" - on July 9 as part of its trial of blockchain technology and digital currencies.

The Bank of Lithuania (BoL) has been developing the project since March 2018 and is now entering the final phase of the trial.

The project is more of an experiment rather than the official launch of a tradeable currency. 24,000 digital LBCOINs will go on pre-sale this week, sold in packs of 6 for €99. Each token will feature a portrait of one of the 20 signatories of Lithuania's declaration of independence signed in 1918, which have been divided into six categories: priests, presidents, diplomats, industrialists, academics, and municipal servants.

Collectors will be able to trade tokens then exchange a specific set – a token from each of the six categories – for a physical silver coin worth €19.18. The BoL explained that “their use as a means of payment will not be encouraged” as it is meant to “engage more people, especially the youth, in coin collecting” while gaining “valuable experience and knowledge in the field of digital currencies.”

Decentralised, secure, and encrypted, a blockchain is a time-stamped series of data that is shared and authenticated by a cluster of computers. The technology is considered to be revolutionary because it helps reduce risks, affords transparency, and is not owned by one single entity.

According to Sinopé Conseil consultant Florence Presson, the need for blockchain originates from the loss of trust between citizens and institutions. “People tend to trust a stranger more than an institution,” says Presson. She advocates for “trust devolution” based on blockchain technology and believes both administrations and citizens could really benefit from it when it comes to official records: birth certificates, deeds of sale, and so on.

Blockchain Partner co-founder, Alexandre Stachtchenko argues that blockchain also tackles other shortcomings of the Internet: how to transfer value and depict something as rare when it is not unique. “Unlike an e-mail, once you’ve sent out a bitcoin, you cannot access it anymore,” he explains. The blockchain expert notes with regret that “the monetary discussion has been overshadowing the technical one,” with blockchain often being associated with cryptocurrencies with much-publicised bitcoins.

Why are states developping cryptocurrencies?

Stachtchenko believes that the BoL's “interesting, unpretentious initiative” will fuel the debate about cryptocurrencies and deal with the “elephant in the room.” With developments like Facebook’s cryptocurrency “Libra,” which should be launched by the end of the year, governments’ sovereignty is now being challenged with one of their main prerogatives: the establishment and the management of currency.

There is no doubt that other countries will be following this experiment closely as the race for a central bank digital currency (CBDC) is accelerating. In a report published on July 2, the Bank of Japan announced moving towards a testing phase aiming at introducing a CBDC eventually.

A survey conducted in January 2020 among 66 central banks by the Bank for International Settlements showed that more than 80 per cent of them were developing a central bank digital currency.

In a speech at the Consensus 2020 virtual conference on May 11, Vice-Chair of the Supervisory Board of the European Central Bank (ECB), Yves Mersch recognised that Europe will need to be “ready to embrace financial technological innovation which has the potential to transform payments and money faster, and in more disruptive ways, than ever before."

This represents a sea change with ECB leaders, particularly given that former President Mario Draghi stated in 2017 that “no member state can introduce its own currency; the currency of the eurozone is the euro” in response to Estonian government's proposition to promote the circulation of a new cryptocurrency.

Inflation: What are governments doing to ease the financial pain?