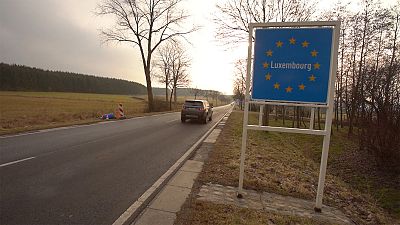 The fundamental right of freedom on movement allows EU citizens to travel and work freely around the bloc. In this episode of Real Economy, the team explore the legal and social security rights of workers who decide to live and work in another EU country.

Around 17 million EU citizens live in an EU-country other than their country of citizenship. 12.4 million of those are of working age, meaning 4 percent of the EU’s working age population live in a another EU country. How can so called EU movers be sure that their social security benefits are guaranteed?

Around half of EU workers who moved to their current country of residence did so over ten years ago. But what about those workers who have to cross a border on a daily basis to go to work?

Vinciane, an occupational therapist, lives with her daughter in Belgium but her job is in Luxembourg. Everyday, for the past 18 years, she has travelled the 65kms to go to work.

“It’s what we’re used to living in this region. We know that the taxation is different across the border, that there are advantages. I have a framework that allows me to do what I want, a salary that allows me to have a good quality of life for both me and my family,” Vinciane says.

In terms of its population, Luxembourg has the highest number of European movers in the EU followed by Switzerland, Cyprus and Ireland.

Luxembourg also has the highest highest share of cross border workers in the EU, with around 180,000 people crossing the frontier regularly for work. Most of these come from France, Germany, and Belgium.

She adds, "I decided to join a group. I receive all the information that concerns us about taxes, health insurance, possible legislative changes. This avoids any problems."

What if you lose your job?

Work is one of the main reasons why Europeans move to another EU country. Given its labour shortage in all sectors, Luxembourg has the highest number of movers. But what happens if you fall ill and lose your job.

"If you take sick leave for more than 52 weeks during a 2-year period, you can by fired. If you are sacked in Luxembourg, you end up having to claim unemployment benefits from your country of origin – so it’s not the same conditions. This can be tricky and more difficult," Vinciane explains.

In spite of these concerns, Vinciane says she does not have to choose between her career, and the well-being of her family. Is that the case for all European movers? Julien Dauer, a judicial expert in cross-border mobility says when it comes to social security across Europe, the rules are well defined.

"When you move to another country you end up asking yourself a lot of questions. You ask yourself if the legislation will change. It can be scary, but between labour law, social security and taxation, the area that’s easiest, the most harmonised is social security. That’s because in the end you have very few steps to take, and from the moment you move around in a country, whether to look for work or to return to your country of residence, European law is well defined. The different administrations exchange information between themselves and this flows easily, so people rarely end up getting lost especially when they know who they need to contact,” Dauer says.

Retiring to another EU country

Free movement not only allows Europeans to travel and work but also enables them to retire to another country. Daniel will soon retire, having worked in the aviation industry for companies based in Belgium, France and Luxembourg.

"I retire in a few months. The way it works is very simple, since my last employer is in Luxembourg, it is the Luxembourg pension office that will be in charge of getting all the data from the various European countries where I worked to set up the pension," he says.

The explosion of workers over 50

The number of workers over the age of 50 has more than doubled in the last 20 years in Luxembourg. To find out more about the impact of this on Luxembourg and other European countries, Real Economy went to Belval, where the Luxembourg Institute of Socio-Economics is based.

Dr Franz Clement, a researcher at the Luxembourg Institute of Socio-Economic Research explained to Euronews' Business Editor Sasha Vakulina, the potential difficulties these demographic changes could pose in the future.

"It could be a very big problem not only for Luxembourg or other European countries, but for the whole European Union. We have to mention that because this problem will concern all the European countries – we will all be of course concerned by this. Concerning the coordination regulations – they will concern all the countries of the European Union. There is not a single country who could make its own policy in this framework in the future."

As for the advantages of labour mobility, Dr Clement says: "We live here in Europe in peace since 70 years. And it is a unique case, certainly in the world. And that is the heart of the chance we have to move from one country to the other, to study, to work, to make business, to travel – it is really the heart of the whole European construction."