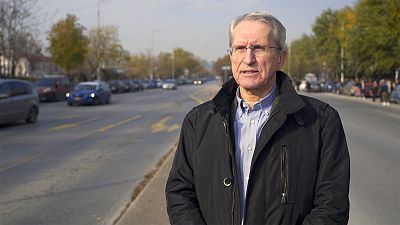 Tiny particles emitted by combustion engines contain poisonous substances that pollute the atmosphere. They are one of the main sources of poor air quality, which overall causes the premature death of over half a million people in the EU – more than ten times the number that perish in road traffic accidents. Current EU legislation doesn’t regulate emission standards for particles from diesel and gasoline engines that are smaller than 23 billionths of a metre, or 23 nanometres — but these particles can be particularly dangerous for human health.

Zissis Samaras is Director of the Lab of Applied Thermodynamics at Aristotle University of Thessaloniki. He coordinates the DOWNTOTEN research project funded by the European Union. It seeks to develop new tools to measure automotive exhaust particles down to ten billionth of a metre, or 10 nanometres. This could eventually help car manufacturers design engines that emit fewer of these harmful particles.

“It is true that the cars have been cleaned up. And we came a long way from the early 80s until today, having very low, extremely low particle emissions — in some cases in concentrations lower than the atmospheric air that surrounds us. However, still there are a few problems remaining, and these problems are mostly associated with the very small particles that are not currently covered by regulations, and can be as small as almost the gas.

There are two main pathways these particles can affect human health. One is, because they can penetrate very deep into the lungs, very deep into the system, therefore they can of course be associated with harmful effects. In addition to this, because of their very small size, they offer a very large surface area upon which other substances can be absorbed. And this way they can also penetrate the lung.”