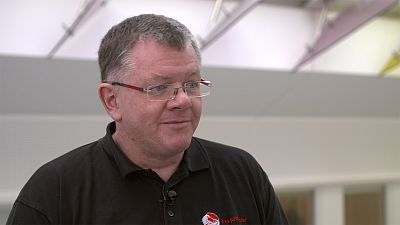 Rasty Salah from Freiburg in Germany would like to know if there is any proof of a multiverse, and would the laws of physics there be the same?"

​ESA physicist Paul McNamara gave his answer: "So it’s a very good question. The multiverse is a theory that says we have these multiple bubbles of universes, and it follows on from our own theory of the universe, the big bang theory, where we have a period called inflation, where the universe grew exponentially in size, actually faster than the speed of light.

​That leads on to another #AskSpace question we received from Dmytro Petukhov from Ukraine, who would like to know, can there be any evidence for the conditions preceding the Big Bang?"

"So that’s another very good question," says McNamara. "One which again many scientists are looking at. We can try to see if inflation is real, and we can do using something called gravitational waves. And we have a mission we’re now developing called LISA, the Laser Interferometer Space Antenna, and one of the goals of LISA is to look for these primordial gravitational waves. And maybe we’ll get some information on the original origins of the universe."

​You can send your questions to us about the universe using the #AskSpace hashtag and we will do our best to answer them.

Big Bang News: Did the Earth just move for cosmology?