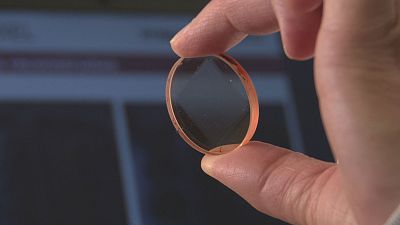 “Computerised tomography – or CT Scans – have been one of the greatest achievements in medical imaging. But it can expose patients to potentially harmful doses of irradiation. Can we come up with a safer alternative?”

Scientists in a European research project are tackling an inherent problem of x-ray imagery: in order to produce a three-dimensional visualisation of an object, the camera of a CT scanner needs to make a full circle around it, sometimes taking thousands of x-ray images.

Marta Fajardo, Researcher in plasma physics and project coordinator at IST-ID; VOXEL, explains: “The alternative that we’re researching in this project is a so called plenoptic camera.

“It has an optical system that allows you to record a 3D image from a single position. This type of camera has been shown to work in visible light. What we’re trying to do is to make it work in the x-ray spectrum.”

Using lasers, researchers produce x-rays with the required characteristics. The beam is adjusted in a maze of lenses and mirrors until it passes through the studied object. The resulting x-ray image is captured by a detector that may resemble a digital photo camera.

But how do you get a 3D image from a single shot? This French SME used two wine corks to demonstrate the principle. This matrix of micro-lenses is the key optical element. It allows you to change the focus after the photo has been taken – thanks to newly developed computational algorithms for image reconstruction.

Ombeline De La Rochefoucauld, engineer at Imagine Optic, says:
“By combining the main lens with this matrix, we will collect rays with all the relevant spatial and directional information. The raw image will provide us with all necessary data to produce a three-dimensional reconstruction.”

X-rays are trickier to work with than visible light, so it will take years of research to produce x-ray 3D images of relatively large objects.

But in microscopy, this approach already offers a compact and affordable alternative to large research facilities like synchrotrons. Soft x-rays used in this prototype are less harmful to cells, so ultimately they can be filmed alive.

“In general, cellular tomography requires cryogenic conditions, which don’t allow you to record video of cellular movements,” says Elena Longo, PhD student in physics at Laboratoire d’optique appliqué.
“In contrast, systems such as ours allow you to keep the cell alive — we don’t have to freeze it.”

At the CEA Laboratory, some of the practical outcomes of this research project are ready for the market. This simple digital “nanoscope” doesn’t provide the resolution and contrast of x-ray devices, but it can work without expensive lenses or oculars, producing holograms of small objects using ultraviolet light.

Says Ramona Corman, a physicist at CEA, “We’re using visible light, because it’s less dangerous than x-ray light. It can be useful for the reconstruction of 3D biological sample; we can use it for tissues, or mitochondria, or different biological organelles.”

From videos of living cells to future medical imaging in clinical setting – this research is paving a way to a safer and more affordable alternative to computerised tomography.

Takeaway: How can wine corks help our health?