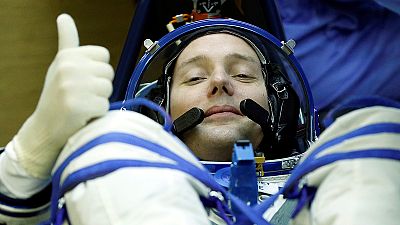 Twenty seventeen will mark the launch of the space telescope, CHEOPS by the European space agency ESA.

CHEOPS will observe nearby stars already known to host Exo-planets. This will allow us to obtain additional information about these existing planets.

A walk in space for Thomas Pesquet

Thomas Pesquet, the youngest astronaut aboard the International Space Station is expected to leave the craft to install new batteries on January 13.

He will be the 11th European to make an extravehicular exit on the ISS. He is scheduled to return to earth next May. That is when ESA’s Italian astronaut Paolo Nespoli is expected to return to the space station on a five-month mission. It will be the 60-year-old’s third time in space.

Another event from the world of the scientific community due in 2017 is the end of a mission to Saturn.

On the 15th September, the Cassini spacecraft around Saturn will end its almost two-decade long mission by burning up into the atmosphere of the gas giant. The mission is a joint effort of NASA, European Space Agency (ESA) and Italian space agency Agenzia Spaziale Italiana (ASI).

NASA’s Spacecraft Juno is also expected to make its “landing” in Jupiter (it will be destroyed by high pressure of the Giant Gas Planet) where it will examine the planet’s composition.

In 2017 Boeing will step up its work on its Starliner CST-100, which the American aircraft manufacturer hopes will make manned flights to the International Space Station and be the first private company to do so.

SpaceX is also in the frame to create manned flights to the ISS. Its Dragon spacecraft has already delivered cargo to the space station.

The Dragon V2 is a space capsule that is designed to carry up to seven astronauts. The company is now developing the refinements that will enable Dragon to fly crew. Dragon’s first manned test flight is expected to take place in 2-3 years.

And finally China will continue to advance its rapidly developing space capability with a sample return mission from the Moon.