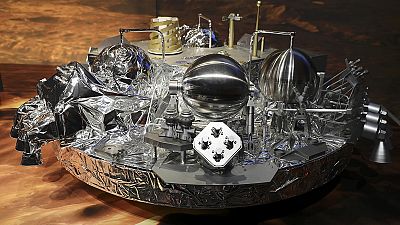 Scientists and engineers on the ExoMars project had their hearts in their mouths as the ExoMars mission reached the red planet, with the Schiaparelli probe going missing in action at the end of its descent just as the TGO mothership swept into a perfectly timed orbit.

The rollercoaster ride of arrival at Mars is the first installment in this ambitious Russian and European project that aims for the first time to directly search for signs of life on Mars.

The plight of Schiaparelli remains unclear. It is certainly on the Martian surface, but may well have hit the red dust much harder then engineers had planned, and nothing has been heard from it since.

Data relayed during the lander’s descent shows the initial high-speed entry to the Martian atmosphere went well, with the heatshield slowing the craft and the parachute deploying. However once the back heat shield and parachute were ejected the flow of events did not go to plan.

Andrea Accomazzo from the European Space Agency’s (ESA) operations team, told Euronews: “There’s a large part of our flight that we definitely understand, which is the initial part, the high velocity part, the parachute part. It’s only the final part when the parachute has been released, the retro thrusters were fired – this part we don’t understand what has happened yet.”

“We don’t understand yet whether it’s the technology that is not adequate or the use of the technology information in the logic of the on board computer that didn’t work very well,” he said.

Stephen Lewis, from The Open University in the UK, who had an instrument on Schiaparelli, commented: “It’s a very mixed bag of feelings at the moment. We would have loved to have that little bit of surface science. But actually the AMELIA experiment is all about understanding the atmosphere as we fly through it, its structure and its density. And eventually all of that information will come back to us except for that last little bit. So we’re going to recover nearly all of the science that we were expecting to get.”

The TGO orbiter is around the red planet to look for methane, a gas which on Earth is mostly produced by living organisms. Detected on Mars in faint quantities, it intrigues scientists, as it has a limited life span in the Martian air and so therefore must be replenished by something.

Nicolas Thomas, CaSSIS Instrument Principal Investigator at Switzerland’s University of Bern, told Euronews that there are other reasons why methane may be present.

“We know that there are volcanic mechanisms that can produce methane, and that’s got very little to do with life in that particular case. You could also, for example, have methane trapped in ice and again it has got nothing to do with current life.”

“The problem with the current detections of methane is that they vary a lot,” explained Ann Carine Vandaele, NOMAD instrument principal investigator, at the Royal Belgian Institute for Space Aeronomy. “So some have measured methane more around the equator. Others more near the poles. That’s one of the problems with the detection of this gas, which is that we don’t know why we have detected it in certain areas at certain periods.”

Manish Patel, who works on the NOMAD instrument, explained what will happen when TGO spots its target: “If we see a plume of methane, what we have to do is we have to follow it, map it and see where it’s going. Try and figure out where it came from. And then go back and look at it with, for example, the camera on the spacecraft. Take an image of where we think it’s coming from, if there are any interesting geological features that are a possible explanation for where the methane is coming from.

TGO and Schiaparelli are to be followed by the ExoMars 2020 mission, which will send a big rover to the surface to drill beneath the topsoil for hints of life on Mars dating from millions or even billions of years ago.

Euronews asked Daniil Rodionov, ExoMars scientist at Russian Space Research Institute IKI in Moscow if the plight of Schiaparelli would change plans for landing the rover.

“I think that the landing in 2020 won’t depend that much on the 2016 mission, even though the main technologies are going to be the same. But the weight (of the lander) will be much bigger in 2020,” he said.

The final question – does this Russian scientist believe there’s life on Mars? “Concerning the signs of life, we’ve got enough evidence that there might have been life on Mars in the past. I now hope we’ll find the real, undeniable proof. And I am full of hope.”