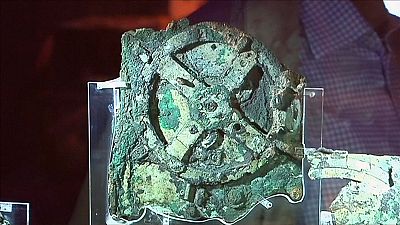 For over a century since it was found in an ancient shipwreck, scientists have been scratching their heads over the exact function of the Antikythera mechanism, named after the Greek island off which it was found.

From a few words deciphered on the corroded fragments of bronze gears and plates, experts guessed it was an astronomical instrument. But much more remained obscure.

After a decade-long work using top-notch imaging technology, scientists have now decoded almost all the explanatory text they could find on what’s left of the tool.

They say this device, thought to have been made 2,100 years ago in Greece, was a kind of philosopher’s guide to the galaxy, perhaps even the world’s oldest mechanical computer.

“There are particular things that we learned from the texts, about the way the people could predict eclipses and what kinds of things they predicted about eclipses, around maybe 100 BC, as well as what their understanding was of planetary motion,” said Alexander Jones, professor of the history of ancient science at New York University.

“We now know a great deal of what the mechanism did, it is still a question that people can debate about what it was for: what did the designer meant it to do, what did the person who commissioned it expect to do with it? My personal feeling is that this is not a research tool for a scientist who is going to use it in connection with observations to work out theory, it’s an educational tool”.

The most mysterious object in the history of technology – new findings on the purpose of the Antikythera Mechanism https://t.co/jftqZXhgp6

The mechanism originally had the rough dimensions of an office box-file, was encased in wood and operated with a hand-crank. It could also add, multiply, divide and subtract.

Scientists think the tool charted the movements of the sun and the moon, the position of the planets, and that it predicted eclipses.

It’s still unclear what happened for that technology to have been lost and unrivaled for at least another thousand years until medieval clocks appeared in Europe.