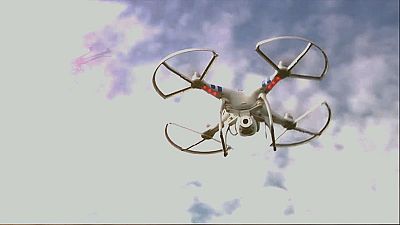 Fast-growing markets such as robotics, virtual reality and especially drones were the main focus at this year’s Consumer Electronics Show Asia in Shanghai.

While taking pictures and video is the most common application, drones are increasingly being used in fields like agriculture, land management, energy, and construction.

“In the next couple of years, somewhere between one, two, three, four years, I think there’s going to be a junction between robotics, AR (augmented reality), and the drone itself. What that means is that the drone will be capable of doing things for you. Whether it’s delivery or scaring a bird off of a farm, or harvesting, or uses in the military, you will see the application of the drone,” said Michael Faro, President and CEO of wearable consumer electronics firm Mota.

Some believe the technology could transform the future of deliveries. E-commerce platforms are already testing it to deliver goods to people in less accessible rural areas. In July 2015, the Federal Aviation Administration approved the first such use of a drone within the United States, to deliver medicine to a rural Virginia clinic.

According to Josh Gartner, Senior Director of International Communications at JD.com, a Chinese electronic commerce company: “What we’re looking to do is we’re looking to reach the countryside where there may not be very good infrastructure, there may not be roads to get the packages to the people, and so truck delivery is probably not a great option. So by using the drones we can go over those areas and drop them directly into the villages and then have them distribute it from there. People want to be careful about new technologies, particularly objects flying around. So in larger cities it’s largely banned which is one of the reasons why we’re looking at rural areas.”

Safety is a major issue and requires legislation, but the industry hasn’t waited for government policy to pour investment into opening up the market.

Cooperation is needed to rule the use of drones to avoid accidentals collision with planes for instance. Drug cartels have also been known to use UAVs to transport their goods, and drones have been used to deliver items into prisons like drugs and cellphones.

“Safety is at the core of these discussions about rules and regulations. We know technology can enhance safety just as it has with vehicles on the road. It will with drones as well. It is right now. One of those technologies is geo-fencing – the ability to keep a drone flying in the areas where it should be flying and prevent it from flying where it shouldn’t be flying,” says Douglas K. Johnson, Vice President of Technology Policy at the Consumer Technology Association.

“When we look at drones and this emerging market, we know we need rules. We’re integrating this new technology into the national airspace. For that reason, to support safe integration of the national airspace we need a set of rules. It’s important for safety but also important for certainty in the industry in its long term planning and growth,” says Douglas K. Johnson.

The Consumer Technology Association, that runs the CES worldwide, says it is looking at industry growth rates of around 150% year on year.

The global market for commercial applications of drone technology, currently estimated at about 2 billion euros, is expected to rise to more than 110 billion euros by 2020.